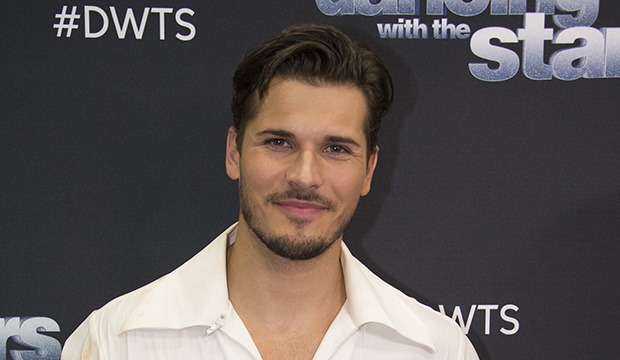 Gleb Savchenko wanted to dance with Johnny Weir last season when the figure skater was cast in the 29th season of “Dancing with the Stars” last fall. That’s what the pro dancer told Mr. Warburton Magazine in a recent interview. But alas, it wasn’t meant to be. The conservative-leaning ABC reality competition series still has never had a same-sex couple compete for the Mirror Ball Trophy. And it’s long overdue.

SEERemember when Zendaya almost won ‘Dancing with the Stars’ and Val Chmerkovskiy told her she’d win an Oscar one day?

“I can’t wait for this moment!” Savchenko said about the possibility of breaking new ground on  “DWTS.” “Last season when Johnny Weir got on the show I was like, ‘Johnny, you have to be my partner,’ but they ended up not doing it. They’ve done it before in Australia with Courtney Act and in the UK with Nicola Adams and they were both amazing!”

It’s not that “DWTS” has never been forward-thinking with this casting choices. In addition to openly gay contestants like Weir, Michael Sam, and season 26 champion Adam Rippon, the show also featured deaf champion Nyle DiMarco (who also identifies as sexually fluid), other contestants with disabilities like Amy Purdy and Noah Galloway, and transgender groundbreaker Chaz Bono.

SEESorry, but Tom Bergeron won’t return to ‘Dancing with the Stars’: ‘This train has left the station’

But despite other US dance competition shows like “World of Dance” and “So You Think You Can Dance” routinely featuring same-gender dance couples and routines, “DWTS” hasn’t taken this step. And it’s not because the show is shy about controversy — far from it. They’re perfectly happy to cast disgraced right-wing politicos like Sean Spicer and Tom DeLay or scandal-plagued stars like swimmer Ryan Lochte and animal activist Carole Baskin, the latter of whom was famous for being profiled as a possible murderer in the documentary series “Tiger King.”

Yet somehow, two men or two women dancing cheek-to-cheek is a bridge too far. Unfortunately, this Steve Guttenberg and Jonathan Roberts exhibition mango is the closest we’ve gotten. Come on, “DWTS,” give us something to talk about for season 30.