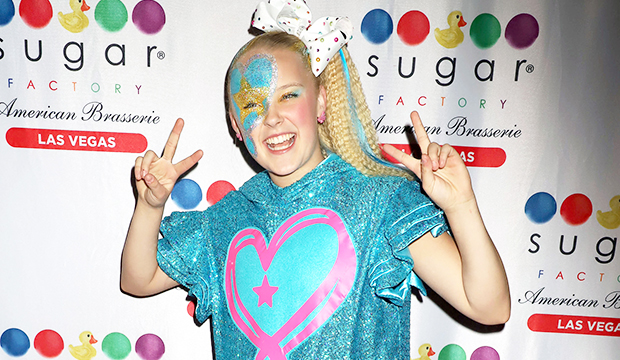 “Dancing with the Stars” will mark its landmark 30th season this fall with something they’ve never done before: a same-sex couple.

JoJo Siwa, who along with Olympic champion Suni Lee will be one of the contestants this season, will be partnered with a female pro, to be revealed live on the premiere on Monday, Sept. 20, executive producer Andrew Llinares said Thursday at the Television Critics Association summer press tour. “We are so, so excited that JoJo is doing this and for everyone to experience this on the show,” Llinares said.

Siwa, who said that she’d love to be paired with Lindsay Arnold, Jenna Johnson or Britt Stewart, shared that she got an email from ABC asking if she’d like a male partner or a female partner. The 18-year-old, who came out as pansexual in April, opted for the latter and is excited to break down barriers for the LGBTQ  community.

“It’s normal for a girl to dance with a guy and I think that’s really cool. But I think it’s really special that now not only do I get to share with the world that you get to love who you want to love, but also you get to dance with who you want to dance with,” she said. “There’s gonna be a lot of barriers we’re gonna have to break through. Who leads? How do you dress? What shoes do you wear? I think it’s all something that I’m looking forward to and doing something that’s never been done before. It’s gonna be tricky, but it’s gonna give so much to people out there — people of the LGBTQ community, everyone, people who just feel a little different. It’s gonna give them a sense of, ‘Wait a second, a girl can dance with a girl?’ Obviously why not? And I think that’s really special that I get to do that on this show.

Siwa’s and Lee’s castings were announced Thursday during the panel. The remaining 13 celebrities will be revealed on “Good Morning America” on Wednesday, Sept. 8.

Janelle James ('Abbott Elementary'): Are we all underestimating her Emmy chances?