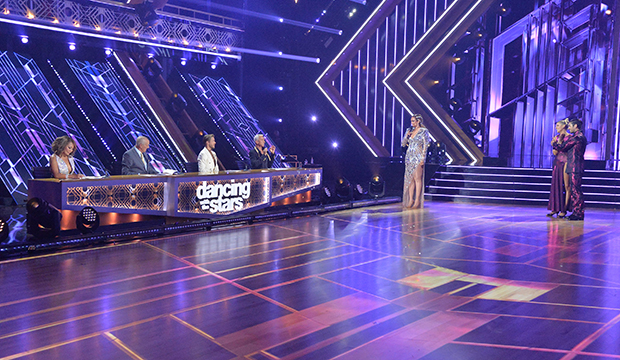 Melanie C danced to a Spice Girls track on the “Dancing with the Stars” Season 30 premiere and now Jimmie Allen is like, “Hold my beer.” The country star is set to hit the parquet to one of his songs on Week 2.

Allen and Emma Slater will perform the rumba to the former’s “Billboard” Country Airplay topper “Make Me Want To” on Monday. The duo scored a 22 for their first dance, the tango, which was the third lowest score of the night, but the rumba could be a hit or a miss for any couple because of the hip action that may be too early in the game for some to nail. The rumba is one of six dances this week, the others being Viennese waltz, foxtrot, samba, tango and cha-cha. Speaking of hip action, Matt James and Lindsay Arnold are the only ones doing samba.

Martin Kove and Britt Stewart, who were hit with a 13 for their pep talk-infused paso doble brought to you by John Kreese, are tasked with the cha-cha, a comparatively easier dance, but considering how much trouble Kove had with the paso that played to his karate (kid) strengths, the jury’s out.

Jimmie Allen and Emma Slater: rumba (“Make Me Want To” by Jimmie Allen)

Melanie C and Gleb Savchenko: foxtrot (“Here Comes the Sun” by The Beatles)

Melora Hardin and Artem Chigvintsev: rumba (“All by Myself” by Celine Dion)

Amanda Kloots and Alan Bersten: foxtrot (“It Had to Be You” by Ray Chew Live!)

Suni Lee and Sasha Farber: cha-cha (“I Like It” by Cardi B, Bad Bunny and J Balvin)

The Miz and Witney Carson: tango (“Nothin’ but a Good Time” by Poison)

JoJo Siwa and Jenna Johnson: cha-cha (“Rain On Me” by Lady Gaga and Ariana Grande)

Week 2 will feature the first elimination of the season. Fans nationwide can vote while the show is airing in the Eastern and Central time zones on Monday. The Week 2 votes and scores will be combined with those from Week 1 to determine the elimination.