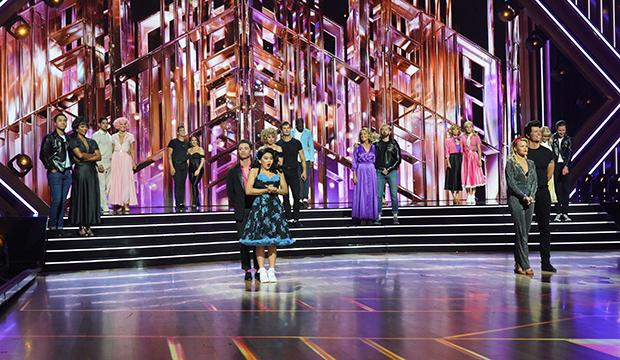 “Dancing with the Stars” will miss Halloween by just one day (wait ’til next year though), so it has to spook it up six days early on Monday’s Horror Night.

The remaining 10 couples will perform routines inspired by scary movies… and also “The Vampire Diaries”? One of these is not like the others. But, yes, Suni Lee and Sasha Farber will do a tango for the Salvatore bros and Elena Gilbert, we guess. JoJo Siwa and Jenna Johnson have “IT,” so expect them to clown around. Meanwhile, Melora Hardin and Artem Chigvintsev‘s  “Cujo”-inspired jive will be to “Elvis Presley‘s “Hound Dog.” Incredible pairing. If no one’s dressed up as a dog, we riot.

Jimmie Allen and Emma Slater: contemporary (“Say Something” by Daniel Jang; inspired by “A Quiet Place”)

Kenya Moore and Brandon Armstrong: Argentine tango (“Take My Breath” by The Weeknd; inspired by “Arachnophobia”)

Cody Rigsby and Cheryl Burke: cha-cha (“There Will Be Blood” by Kim Petras; inspired by “American Psycho”)

Iman Shumpert and Daniella Karagach: contemporary (“I Got 5 On It [Tethered Mix from US]” by Luniz feat. Michael Marshall (inspired by “Us”)

JoJo Siwa and Jenna Johnson: jazz (“Anything Goes” by District 78 feat. Patrice Covington; inspired by “IT”)

The episode will also feature a performance from Derek Hough, his first of Season 30. Unclear what horror classic he’ll pay tribute to. He performed twice last season, winning an Emmy for choreography last month. He previously won two choreography Emmys while he as a pro. Maybe No. 4 next year?

Voting is still the same: Fans nationwide can vote while the show is airing in the Eastern and Central time zones on Monday. Votes will be combined with the judges’ scores to determine the elimination.