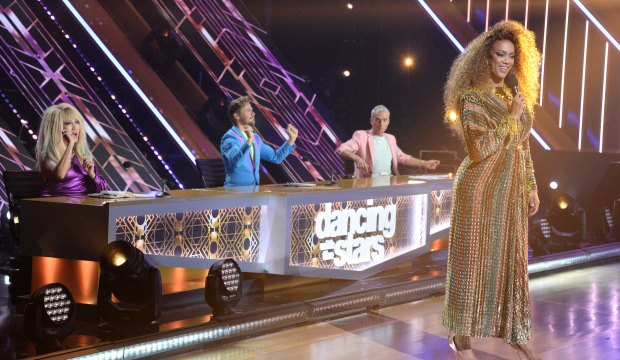 On March 30 — a fitting date — ABC announced that “Dancing with the Stars” will be returning for its landmark 30th season this fall. And the network also announced who will be coming back with the celebrity dance competition series. Tyra Banks will return as host, and we’ll be getting a panel of four judges instead of just three: Carrie Ann Inaba, Bruno Tonioli, returning Len Goodman, and holdover Derek Hough.

Banks was a controversial addition to “DWTS” when she joined the show as host and executive producer for season 29. That’s because she was replacing Tom Bergeron, who was fired from the series after hosting it from its very first season in 2005, and Erin Andrews, who had been Bergeron’s co-host since 2014.

Hough was a less divisive addition. He filled in for Goodman in season 29 because Goodman was unable to travel back to the United States from the UK due to the COVID-19 pandemic. Hough had plenty of experience on the other side of the judging table: he competed as a professional dancer for years, winning the Mirror Ball Trophy a record six times. On top of that, he won two Emmys for his choreography on the show (he could be nominated again this year for the most recent season).

But rather than ditch Hough for Goodman, the show is keeping both of them, which is actually not an unusual judging configuration. Derek’s sister Julianne Hough — also a Mirror Ball champ — was a full-time judge from season 19 to season 21. And Derek Hough’s schedule is sadly a little more open with NBC’s recent cancellation of “World of Dance,” where he was also a judge. Are you glad to have everybody back for the show’s next installment? How do you hope “DWTS” celebrates its 30th season?