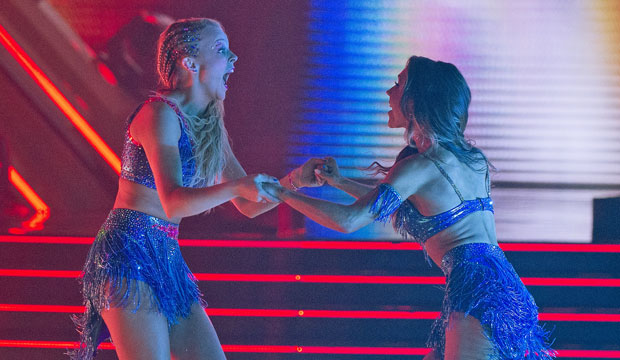 JoJo Siwa is one of the top contenders to win “Dancing with the Stars” season 30, and predictably the YouTube personality has also been one of the most popular contestants online. As of Friday afternoon, October 1 — four days after “First Elimination” night — Siwa is the only celeb whose video views have cracked the million mark, while other celebs lag far behind. By the time you read this the exact numbers will surely have changed, but scroll down to see where the contestants rank as of this writing.

Siwa’s cha cha with pro partner Jenna Johnson tops the list with 1.2 million YouTube views. Just like last week gymnast Suni Lee ranks second, and just like last week it’s a distant second: the Olympic gold medalist has racked up more than 680,000 views, a little over half of Siwa’s total. But that’s where the similarities with last week end. Basketball player Iman Shumpert‘s low scoring jive from the season premiere had the third most views last week, but despite getting more love from the judges in week two for his rumba, that’s only the 10th most watched video this week.

Perhaps “DWTS” fans just don’t care for the rumba. Of the four contestants who performed that style on Monday night, the highest ranked is “90210” actor Brian Austin Green with the week’s seventh most watched video. Compare that to the energetic, fast-paced cha cha, which represents all of the top three videos of the week: Siwa and Lee both performed that style of dance, and so did “Real Housewives” alum Kenya Moore at number-three. This time last week Moore only had the 10th most popular video, so she has made a big jump.

But can YouTube views really tell us how popular the celebs are with fans voting from home? There may be something to it. Consider that the bottom two this week based on the combined judges’ scores and viewer votes were “Bling Empire” star Christine Chiu and “Karate Kid” actor Martin Kove (judges then decided to save Chiu and eliminate Kove); they also ranked down in 13th and 15th, respectively, in their YouTube views last week. That could spell trouble for “The Office” actress Melora Hardin, who is virtually tied with Kove at the bottom of the list this week despite getting vastly better judges’ scores. Chiu is near the bottom of the list again too, as is country star Jimmie Allen. So on “Britney Spears Night” this coming Monday, they’ll all need to step up, just in case.

SEE‘Dancing with the Stars’ gender gap: The women are wiping the dance floor with the men thus far