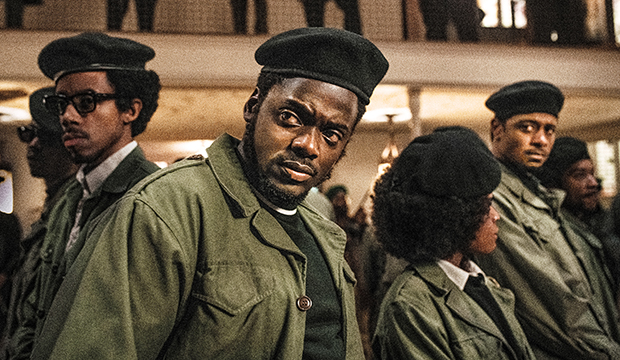 You know, once the floodgates open, it’s kinda hard to stop. After a 26-year drought, the Best Supporting Actor Oscar category has now featured double nominees from one film for the third time in four years. Granted, no one expected the head-scratching combo of “Judas and the Black Messiah” stars Daniel Kaluuya and Lakeith Stanfield to be nominated in this category, but hey, it happened. Their bids come a year after “The Irishman” produced nominations for Al Pacino and Joe Pesci and three years after “Three Billboards Outside Ebbing, Missouri” ended the dry spell with Woody Harrelson and Sam Rockwell, the latter of whom won. Kaluuya remains the frontrunner to win — by a wide margin — which would mark the seventh time a Best Supporting Actor champ defeated a co-star.

“Judas” is the 20th film to yield multiple supporting actor nominations. The first was Mr. Smith Goes to Washington” (1939), whose stars Harry Carey and Claude Rains lost to Thomas Mitchell for “Stagecoach.” It would be another 32 years — with seven years of films with multiple nominees in between — before a Best Supporting Actor champ, Ben Johnson, defeated a co-star, Jeff Bridges, for 1971’s “The Last Picture Show.”

Three years later, Robert De Niro took home his first Oscar, edging out his co-stars from “The Godfather Part II,” Michael V. Gazzo and Lee Strasberg — the third and most recent time there’s been three nominees from one film in the category. The other instances were with “On the Waterfront” (1954) stars Lee J. Cobb, Karl Malden and Rod Steiger, who lost to Edmond O’Brien (“The Barefoot Contessa”), and “The Godfather” (1972) contenders James Caan, Robert Duvall and Pacino, who fell to Joel Grey (“Cabaret”).

SEE So, uh, how the hell did Daniel Kaluuya and Lakeith Stanfield both get supporting actor Oscar nominations?

With six wins in the 19 previous co-star bouts, Best Supporting Actor has a 31.5 percent success rate. Best Supporting Actress, which has featured nine co-star duals in this century alone, has the best rate, at 12/35 for 34.2 percent.

We seldom see double nominees in the lead categories anymore, but Best Actor has the second highest rate at 33.3 percent, with four winners from 12 face-offs. There hasn’t been a co-star pair in the category since F. Murray Abraham won for “Amadeus” (1984) over co-star Tom Hulce. Best Actress has the worst rate and the fewest co-star battles — one win from five instances, for Shirley MacLaine over her “Terms of Endearment” daughter Debra Winger. The last Best Actress nominee duo was Geena Davis and Susan Sarandon for “Thelma & Louise” (1991).

“Judas” was a late arrival to the Oscar race, not hitting theaters and HBO Max until Feb. 12, but Kaluuya, whose fiery performance as Fred Hampton had long been buzzed about, quickly made up for lost time, rising in the odds. After he won the Golden Globe, he pulled away in first place in the odds, burnished by his Critics Choice Awards win one week later, and looks on track to sweep the season. Stanfield, on the other hand, had been campaigned in lead but did not get a precursor or critics’ awards mention anywhere. Could Stanfield, who’s in fifth in the early odds, siphon votes away from Kaluuya? Sure, they’re untested against one another, but all the heat is with Kaluuya right now.