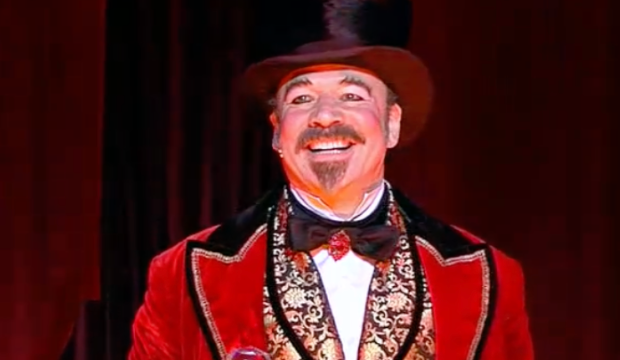 On his seventh try, Danny Burstein finally has a Tony Award. The beloved Broadway veteran claimed his career-first trophy for his featured performance in “Moulin Rouge! The Musical.” The win puts an end to his record 0-6 streak, which made him the most nominated performer without a win. Burstein received a loving standing ovation when John Lithgow announced that he, at long last, was the winner.

Burstein’s first nomination came back in 2006, for his featured role in the musical comedy “The Drowsy Chaperone.” The show took home five Tonys, including Best Score, Book, and Featured Actress (Beth Leavel), but not for Burstein. Two years later, Burstein returned to the featured category for his turn in the revival of “South Pacific,” which won seven awards including Best Revival, Actor (Paulo Szot), and Director (Bartlett Sher), but Burstein was left off again.

Burstein’s next two nominations brought him back to the musical categories in two revivals of classic musicals. The first, a remounting of Roundabout Theatre Company’s “Cabaret,” earned a pair of nominations for Burstein and Linda Emond, a low count since many aspects of the 1998 production were previously eligible for Tonys consideration. Most recently, Burstein competed for his transporting turn as Tevye in Bartlett Sher’s production of “Fiddler on the Roof.” Though the legendary role could’ve brought him his first award, he had to compete against juggernaut “Hamilton,” and lost to Leslie Odom Jr.