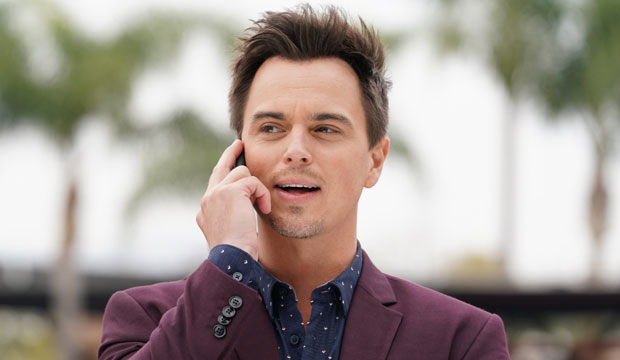 Darin Brooks has played Wyatt Spencer on “The Bold and the Beautiful” for almost a decade, joining the cast in 2013. But this year’s Daytime Emmy nomination for Best Supporting Actor marks his first recognition from the television academy for this role. That’s pretty surprising considering that he was already an Emmy winner when he joined the cast, and considering that a couple of his most prominent screen partners have done quite well for themselves.

Brooks became a star in daytime thanks to his role as Max Brady on “Days of Our Lives,” for which he was nominated for Best Younger Actor in 2008 and won in 2009. His victory — along with his co-star Tamara Braun‘s Best Supporting Actress win that year — was significant because “Days” had been suffering a long drought. Those were the show’s first acting wins in 21 years. But despite putting “Days” back on the map with Emmy voters, he didn’t receive another nomination until now.

This despite the fact that his on-screen “B&B” half-brother and frequent romantic rival Scott Clifton has won three Emmys, and his on-screen ex-wife Jacqueline MacInnes Wood has earned five nominations and won Best Actress in 2019. But now that Brooks has finally been invited back to the party, can he win? He’s an underdog according to the combined predictions of Gold Derby users so far, with most of our forecasters currently betting on Max Gail (“General Hospital”) to repeat after his victory in 2019.

“GH” has by far the most wins in the history of this category (12), while “B&B” has only prevailed here twice, for Ian Buchanan (1997) and the aforementioned Clifton (2013). But after Brooks helped “Days” return to the winner’s circle, we can’t rule out the possibility of him doing the same for “B&B.”