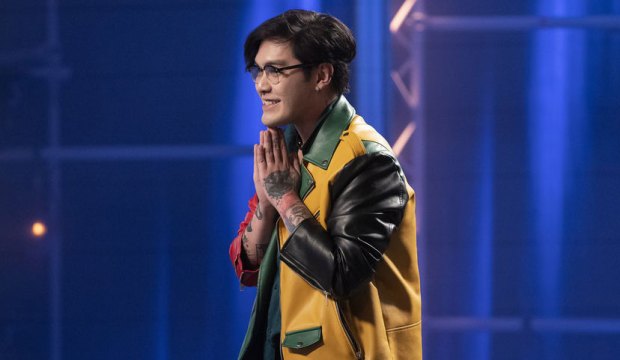 “It sucks to go early because I know I can do some really cool stuff,” said Darren Apolonio in his farewell confessional at the end of “Project Runway’s” fourth challenge, “Flower Power.” But “leaving this competition, I am a much more aware designer and person.” Do you think the judges were right to send him home, or should he have gotten another chance to impress them? Scroll down to vote in our poll at the bottom of this post.

SEE‘Project Runway’ season 19 episode 4 recap: Gigi Hadid decided who had ‘Flower Power’ and who wilted on the vine

Apolonio struggled from the very beginning of the competition. He was on the winning team in the season premiere, “A Colorful Return,” and he even had one of the top two looks … except he had struggled to execute his design so the look that went down the runway was mostly created by his teammate Bones Jones. Then in “#Streetwear” he was in the bottom two for a dated look that had too many conflicting ideas. But Meg Ferguson had withdrawn from the competition during that challenge, so the judges decided not to send anyone else home.

There was a ray of hope for him in “If You Got It, Haunt It.” Despite expressing his self-doubts to mentor Christian Siriano, he ended up with a safe look. Alas, he was back at the bottom in “Flower Power” with a design the judges thought was derivative and lacked a stylistic point of view. Perhaps he would have gotten another chance were he not already on his third chance, but the judges decided it was time for him to go. However, he was so gracious on the way out that he even made guest judge Gigi Hadid cry.

“I’m so thankful that I’m part of this whole thing,” he added in his exit interview. “I still have a lot more to show. It really did light a fire up in my ass just to work more, and if anything, I feel like I’m … much smarter. I’m just grateful.”