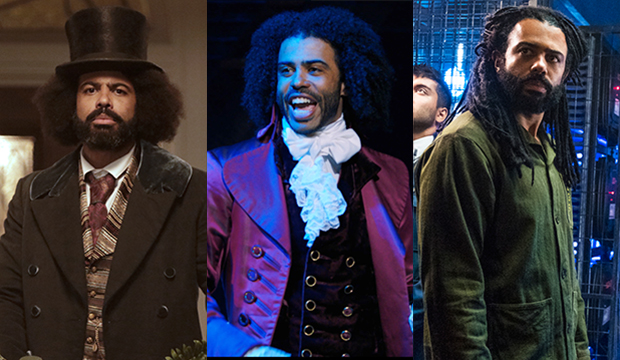 Daveed Diggs recently Best Actor in an Action Series for the TNT thriller “Snowpiercer” at the inaugural Critics Choice Super Awards. His triumph could kick off a busy awards season for the Tony-winning actor who starred in enough high-profile projects in 2020 to become a triple nominee at the Golden Globes. Along with his leading role in “Snowpiercer,” Diggs gave critically acclaimed supporting performances in Showtime’s “The Good Lord Bird” and the filmed stage production of “Hamilton” on Disney+.

Diggs’ best hope for a Globe nom could be for Best TV Supporting Actor for playing former slave and activist Frederick Douglass in “The Good Lord Bird.” Jessica Zack (San Francisco Chronicle) writes, “Diggs’ caricatured version of Douglass is an erudite superstar. Women swoon over his speeches, and he basks in the attention of two wives (one white, one Black).” Diggs currently sits in 11th place in our combined odds to receive a nomination, with support from one Gold Derby Editor and one Top 24 All-Star user.

SEE Are we underestimating ‘The Good Lord Bird’ at the Golden Globes?

The reprisal of Diggs’ Tony-winning performance in “Hamilton” as Marquis de Lafayette and Thomas Jefferson puts him in contention for a Best Film Supporting Actor bid. It may be more difficult for him to sneak into this highly competitive race for a stage production filmed almost five years ago, but Diggs has a solid outside chance, ranking 14th in our current odds. Diggs is not throwing away his shot, according to one Gold Derby Editor. After all, the Hollywood Foreign Press Association has a reputation for loving musicals, and “musical” is literally in its category titles.

But Diggs’ recent win for “Snowpiercer” at the Critics Choice Super Awards hasn’t helped him in our Best TV Drama Actor odds. He is ranked 24th in our combined odds with nobody willing to go out on a limb for Diggs in this highly competitive category. Action thrillers from TNT haven’t gained much traction at the Golden Globes in the past, but its former limited series “The Alienist” nabbed two bids two years ago, and perhaps Diggs’ visibility in 2020 could make him a spoiler.

A Golden Globe nomination for any of these projects would be a first for Diggs. He won a Tony Award and a Grammy for his Broadway performance in “Hamilton.” He can currently be heard as the voice of Paul in the Disney and Pixar animated film “Soul” and he’s set to star in the live-action version of “The Little Mermaid” as Sebastian. Diggs will serve as writer and producer on the upcoming Starz adaptation of his critically acclaimed 2018 film “Blindspotting.” 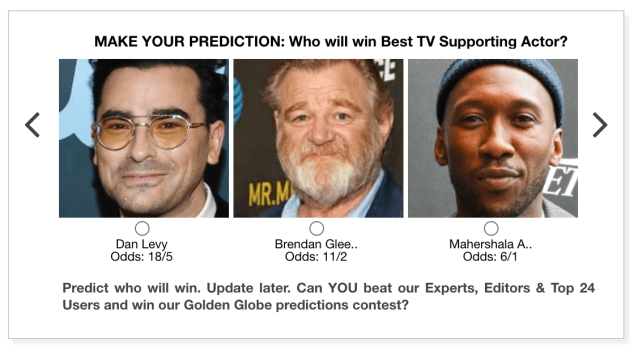