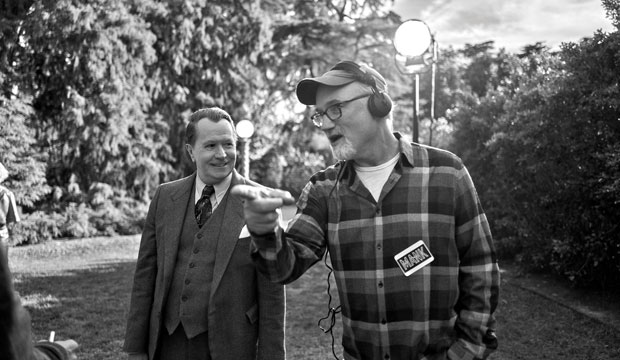 As of this writing, Chloé Zhao is predicted with 16/5 odds to win the Golden Globe for Best Film Director for her work on “Nomadland,” based on the combined predictions of Gold Derby users. If she wins, she would not only become the first woman of color to win that award, but the first woman to have ever accomplished that since Barbra Streisand for “Yentl” back in 1983. However, David Fincher‘s stylish work on “Mank” fits the mold of the most directed movie, which might’ve been what helped Sam Mendes win this award for the technically ambitious “1917” last year over eventual Oscar winner Bong Joon-ho (“Parasite”). So could that factor help Fincher win this year?

“Mank” chronicles the experiences of screenwriter Herman J. Mankiewicz (Gary Oldman) when he collaborated with director Orson Welles (Arliss Howard) on “Citizen Kane.” The two tangled over writing credit and shared in the 1941 Oscar win for Best Original Screenplay.

Going into last year’s Golden Globes, our Experts’ predictions for Best Film Director varied. They were divided between Bong Joon-ho (“Parasite”), whose film was at that point starting to become a dark horse in the awards race; Martin Scorsese (“The Irishman”), who had won three times before for helming 2002’s “Gangs of New York,” 2006’s “The Departed,” and 2011’s “Hugo”; and Quentin Tarantino (“Once Upon a Time in Hollywood”), who was looking for his first major awards recognition for directing. Yet Sam Mendes came out of nowhere to win his second Golden Globe for “1917” about 20 years after his victory for “American Beauty.”

SEEAs the ‘beating heart’ of ‘Mank,’ Amanda Seyfried could be Oscar bound

What probably helped Mendes was that his work on “1917” had the showiest directing out of all the nominees. That film was a World War I epic designed to look like it was all captured in one long continuous shot. Not to mention that “1917” also felt very personal to Mendes as it was inspired by stories he was told in his childhood by his grandfather who had served in WWI. The film’s overall performance at last year’s Golden Globes (it also won Best Film Drama) was what established it as a top contender moving forward in the Oscar race.

It could be said that this year, Fincher’s work on “Mank” has the showiest directing out of all the nominees. Everything about that film’s look and sound feels authentic to what movies were like back in the day, as though it were actually made in the 1940s. And “Mank” was very much a passion project for the filmmaker as it was originally written back in the late 1990s by his father, Jack Fincher, but it was a struggle to get it made due to his insistence on shooting the film in black and white.

While Experts are more settled on predicting Chloé Zhao to win Best Film Director this year due to “Nomadland’s” sweep throughout a lot of this season’s critics awards, keep in mind that none of those groups overlap with the Hollywood Foreign Press in any way, shape, or form. After all, even as Kathryn Bigelow swept the 2009 critics’ prizes for “The Hurt Locker” all the way to becoming the first (and to date only) woman to have ever won the Oscar for Best Director, she still lost the Golden Globe to her ex-husband, James Cameron, for his technical extravaganza, “Avatar.”

Though if David Fincher wins this year, it really could put him on track to win his very first Oscar. It would coincidentally be just 10 years after he himself swept through the season with wins from the Golden Globes, Critics Choice, and BAFTA Awards for “The Social Network,” only to lose the Oscar to DGA winner Tom Hooper for “The King’s Speech.” Will Fincher finally get his revenge, or might history repeat itself?