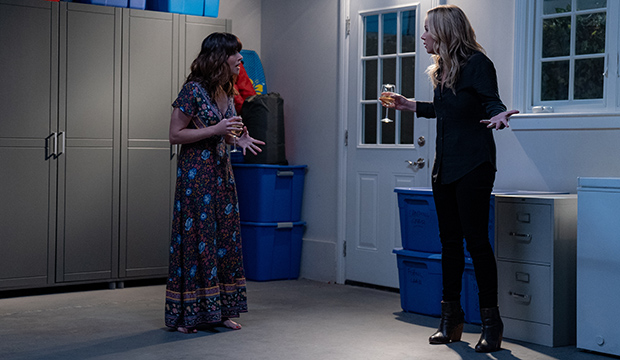 “Dead to Me” only scored a nomination for Christina Applegate at the Emmys, Golden Globes and SAG for its first season. For Season 2, the Emmys increased its love of the show to four nominations, including Best Comedy Series and matching Best Comedy Actress bids for Applegate and Linda Cardellini. The darkly comedic Netflix series is now competing for its second season at the Golden Globes and Screen Actors Guild Awards, where it could realistically repeat its Emmy success.

At the Golden Globes, only Applegate is being predicted to earn a nomination, according to the latest Gold Derby odds. The star is currently in fourth place in Best TV Comedy/Musical Actress, while Cardellini and the show itself are in eighth in their respective categories. Both are well within striking distance, especially for the show in series considering it is arguably Netflix’s most plausible contender in that category. Because the Golden Globes generally grows less enamored as shows age, however, it may be wise to predict a nomination only for Applegate right now.

Plus, it’s rare for multiple performers from the same show to be nominated in this category, not just because most shows only have one lead actress but because the Hollywood Foreign Press Association likes to nominate as many people (usually on new programs) as possible. “Desperate Housewives” was the last show to score multiple comedy actress nominations, which it achieved three times from 2005-07.

Where “Dead to Me” may fare better is the SAG Awards, an organization that is much friendlier to series past their first seasons and also Netflix shows. Naturally, odds are much better for the series with this group — Applegate and Cardellini are second and fifth, respectively, in the comedy actress category, while the cast is in second in comedy ensemble. With a wealth of new shows splitting the attention of viewers, it is entirely possible that SAG voters will fall back on shows they are more familiar with, with casts that are well known like “Dead to Me’s” Applegate, Cardellini and the show’s clutch player, James Marsden.