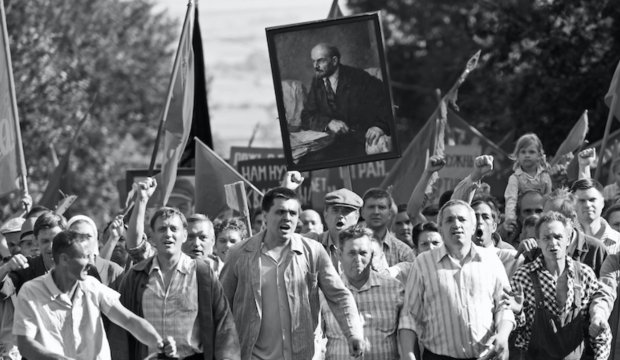 Andrey Konchalovsky has been making movies in his native Russia for more than half a century and he occasionally works in English. His 1985 film “Runaway Train” earned Oscar bids for lead Jon Voight and featured player Eric Roberts but he was not nominated. But his new Russian-language feature “Dear Comrades” could well earn him that long overdue recognition from the Academy Awards.

This intense docudrama about the 1962 massacre of a workers demonstrating in Novocherkassk was feted at the Venice Film Festival with a special jury prize. And this Neon release just made the cut for Best International Feature at the Oscars and numbers among the 15 films vying for the five nominations.

At Rotten Tomatoes, “Dearest Comrades!” earned a jaw-dropping score of 96. The critical consensus described the film as “a sharp, commanding look at a dark chapter in Soviet history made even more effective by its director’s cold fury.” Among those critics praising the picture was Anthony Lane (New Yorker) who said simply, “Konchalovsky has confounded us yet again, damn him, by coming up with his masterpiece.”

Xan Brooks (The Guardian) observed, “It’s a film that understands that humour and horror are not always mutually exclusive and that even the worst moments in life carry an air of the absurd.” And Ann Hornaday (Washington Post) found the film “goes a long way in allowing people to look at it with a clarity that manages to be exacting and compassionate at the same time.”

Konchalovsky’s 1992 feature “House of Fools” was submitted by Russia for Best Foreign Language Film (as the category was then called) but did not make the final five. Russia has only won one of its previous seven bids and that was back in 1994 for “Burnt by the Sun.” Prior to that the Soviet Union went three for nine: “War and Peace” (1968); “Dersu Uzala” (1975); and “Moscow Does Not Believe in Tears” (1980).