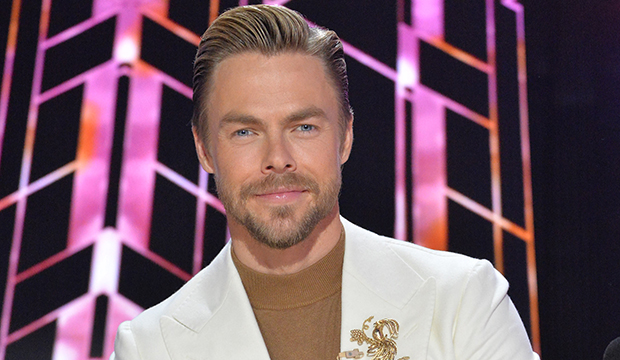 Derek Hough is one of the busiest people on “Dancing with the Stars” Season 30 — just not necessarily on the show itself. The “Dancing” judge kicks off his Las Vegas residency, “Derek Hough: No Limit,” on Wednesday, Sept. 22, and yes, he wanted the two shows to coincide.

“I did. I wanted to have that synergy. It’s so much easier being a judge on the show than it is being a pro dancer in terms of the emotional, mental and physical demands,” Hough told TV Insider. “I think having [my] show and being a judge will complement each other. It’s a short flight between Los Angeles and Las Vegas.”

Hough will perform five nights a week — Wednesdays through Sundays — at The Venetian Resort. That schedule is nothing compared to the one he had in 2015 when he starred in “New York Spring Spectacular” at Radio City Music Hall while he was a “Dancing” pro and was partnered with Olympic champ Nastia Liukin during Season 20. They finished in fourth place.

“In 2015, I did 13 shows a week of ‘New York Spring Spectacular’ at Radio City Music Hall and was teaching Nastia Liukin on ‘DWTS.’ I’d get a flight from New York to L.A. for Monday’s air show, then fly out Monday night to get back to New York. After doing that, I can do anything,” he said. “Five shows a week Vegas and judging in L.A.? This will be cake.”

The six-time “Dancing” champ hasn’t been a pro in five years. Celine Dion would get him back on the dance floor, but if he were a pro this season he would like to be paired with another pop star. “ a lot of them, but one who stands out is Mel C. She’s a Spice Girl!” he shared. “I grew up in London, so she’s like royalty in the pop world.”

And no, he does not mind that Sporty Spice is one of a handful of stars this season to have previous dance experience. “I think this will be good for the show. However, as we’ve learned through many seasons, the dancing element is only a part of it all,” Hough noted. “The main thing is connecting: with the audience, your partner, and yourself. When you do that, then people enjoy watching you. We’ve seen many times the best dancer by far get cut in the fifth or seventh week of the season. People should focus on the process. Those are the ones we root to see win.”