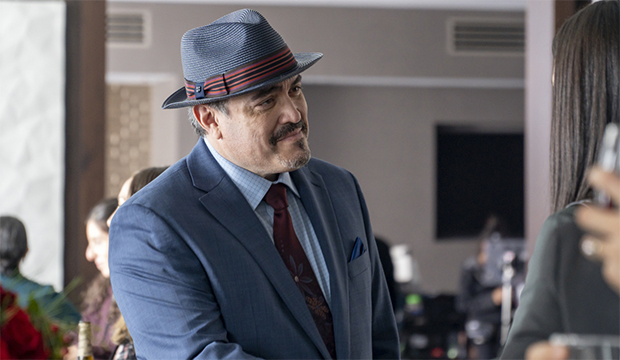 “Dexter: New Blood” staged a reunion (of sorts) in the December 5 episode when Dexter’s new girlfriend, Iron Lake Chief of Police Angela Bishop (Julia Jones), met his old coworker, Miami Metro Captain Angel Batista (David Zayas). The last time viewers saw Batista was in the 2013 series finale, when Dexter (Michael C. Hall) drove his boat into a hurricane and made everyone believe he and his son Harrison had died. Zayas now reveals he had “mixed feelings” about that controversial ending, telling EW, “I felt it might’ve been a little underwhelming.”

SEE‘Dexter: New Blood’ showrunner Clyde Phillip: ‘I was watching with tears streaming down my face’

“You always want to do more and you always want to be involved more,” he added. “I didn’t have as much of a problem with the ending as a lot of people did, simply because I thought there was a chance that we could come back. It’s almost like it was left like that on purpose so we could come back. And in the finale, Batista sees Dexter commit something but he just lets it go. I’m talking about when Dexter takes the pen and stabs the guy in the neck. Me and Quinn [Desmond Harrington] see the video, look at each other and we just leave it as self-defense when it’s pretty obvious — when you’re a good cop — that it wasn’t. I tried to negotiate to myself, ‘Why he would let it go?’ And then I realized that if it was someone close to me that I respected and loved … I think it could go either way.”

After “Dexter: New Blood” received the green light at Showtime, showrunner Clyde Phillips put a call out for Zayas to return and he recalls responding, “Of course, great. When do you want me to be there?” The actor admitted to being “giddy” at the thought of reprising his fan-favorite role. “There were a lot of emotions that went into it, but overall I was extremely happy that I was asked to be a part of this reboot, even if it’s in a small capacity.” The network kept Zayas’ return a secret, unlike the reappearance of Jennifer Carpenter, who was heavily promoted as being back despite her character Debra Morgan dying in the series finale.

As Batista explained to Angela in the fifth episode, he is still haunted by two of his city’s most notorious serial killers, the Bay Harbor Butcher (aka Dexter himself) and the Trinity Killer (played by John Lithgow). Angela asked the fedora-wearing captain how his team caught Trinity, and he admitted it was all because of Debra’s persistence. He then brought up how Debra died a decade earlier, as did her brother Dexter and his son Harrison. Hearing the name Harrison made Angela suspicious of her boyfriend, and when her daughter Audrey (Johnny Sequoyah) mentioned how an inebriated Harrison (Jack Alcott) confessed his father’s real name was not Jim Lindsay, Audrey finally put two and two together: she was actually dating Dexter Morgan.

Will viewers see more of Batista before the 10-episode event series wraps up? “You’re going to have to wait and see!” Zayas teased. The actor also addressed his character’s flirtatious attitude toward Angela, saying, “That’s what I loved about what Clyde wrote. Batista always goes goo-goo for pretty girls without knowing their intentions. He’s had a history of doing that. I wouldn’t say he’s a good judge of picking somebody who might be maybe right for him. He just gets infatuated. He’s genuinely looking for a connection with women.” In the original “Dexter” series, Batista married and eventually divorced his boss, Maria LaGuerta (Lauren Velez), before her death in the Season 7 finale at the hands of Debra and Dexter. 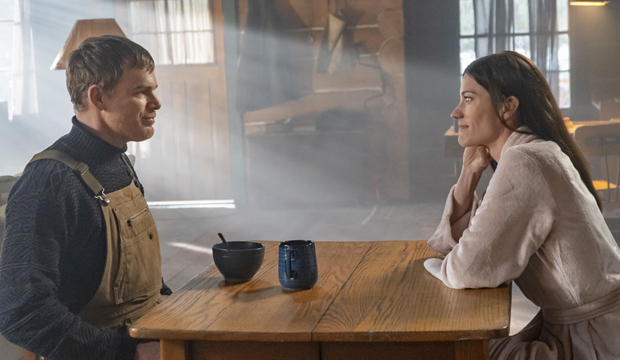