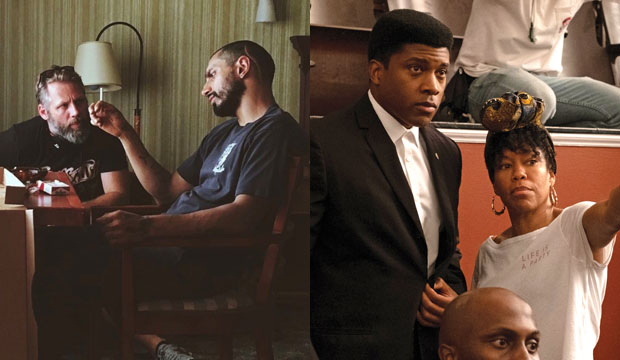 Regina King (“One Night in Miami”) wasn’t nominated for the main directing prize at the Directors Guild Awards, but according to the combined predictions of Gold Derby users, she’s the front-runner for Best First-Time Director. That might not be a slam dunk, though. She’s got serious competition from Darius Marder (“Sound of Metal”).

King, an Oscar-winning actress for “If Beale Street Could Talk,” made her feature film directing debut with “One Night in Miami,” adapted from a play of the same name about a fateful meeting between icons Malcolm X (Kingsley Ben-Adir), Cassius Clay (Eli Goree), Sam Cooke (Leslie Odom Jr.) and Jim Brown (Aldis Hodge). But it’s not her first time directing in any medium. She has been working behind the camera for years on TV, and her breadth of work on the small screen could especially help her here since the DGA includes television professionals in addition to filmmakers.

SEEWhich film wins Best Picture at the Oscars when PGA and DGA disagree?

But “One Night in Miami” under-performed in the Oscar nominations, earning only three noms and missing out in Best Picture and Best Director. “Sound of Metal” didn’t get a Best Director nomination from the academy either, but it got twice as many total noms, including Best Picture. That may be why three of the Expert journalists we’ve polled so far say Marder will win the DGA Award. Most of Gold Derby’s Editors think Marder is the front-runner too.

Of course, having the biggest Oscar contender in the category doesn’t always translate to winning Best First-Time Director. Bo Burnahm (“Eighth Grade”) pulled off an upset in the category two years ago over Bradley Cooper (“A Star is Born”) even though “Star is Born” had eight Oscar nominations and “Eighth Grade” had none. So this category could still go any number of ways.