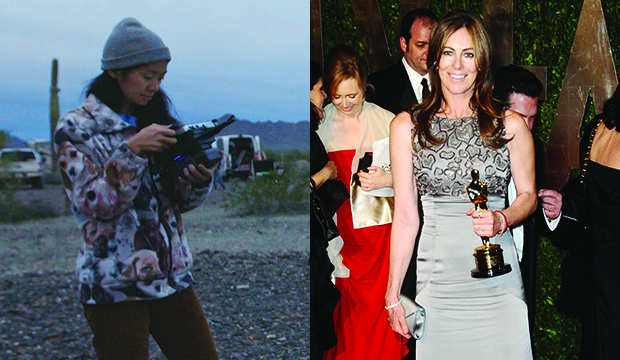 The last time DGA and Oscar matched was 11 years ago, which was also the first year of the preferential ballot Best Picture era. Kathryn Bigelow prevailed at both awards shows for “The Hurt Locker” (2009) over James Cameron (“Avatar”), Lee Daniels (“Precious”), Jason Reitman (“Up in the Air”) and Quentin Tarantino (“Inglourious Basterds”), becoming the first and still only woman to win both awards. You see where I’m going with this, right? One of the biggest sure things of the season, Zhao is expected to become the second female DGA and Oscar Best Director champ, so perhaps the stars will align and we’ll finally get another instance of the DGA five and Oscar five lining up once again. In the words of Barbra Streisand, the time has come.

Still, it’s more likely that they don’t match, especially given the academy directing branch’s idiosyncratic tastes. The directing branch is also way smaller (in the 500s) compared to the guild, which is comprised of 18,000 of not just film directors but TV and commercial helmers as well. Last year, four DGA nominees wound up with Oscar bids, with Taika Waititi (“Jojo Rabbit”) being replaced by Todd Phillips (“Joker”). Two years ago, only three DGA nominees transferred over, with Oscar dumping Bradley Cooper (“A Star Is Born”) and Peter Farrelly, director of Best Picture champ “Green Book,” for the stylish work of Yorgos Lanthimos (“The Favourite”) and Pawel Pawlikowski (“Cold War”). And who could forget the mayhem eight years ago when DGA only went 2/5 after Oscar snubbed DGA champ Ben Affleck, director of another Best Picture winner, “Argo,” Bigelow (“Zero Dark Thirty”) and Tom Hooper (“Les Miserables”) for Michael Haneke (“Amour”), David O. Russell (“Silver Linings Playbook”) and Benh Zeitlin (“Beasts of the Southern Wild”)?

If any of the DGA five this year not named Zhao were to be snubbed, who would it be? And to whom? Regina King (“One Night in Miami”), Spike Lee (“Da 5 Bloods”), Florian Zeller (“The Father”), Paul Greengrass (“News of the World”) and Shaka King (“Judas and the Black Messiah”) make up the bottom half of the top 10 in the odds. Regina King and Zeller earned DGA bids for Best First-Time Director and both of their films are expected to receive Best Picture nominations. Darius Marder, their fellow DGA nominee in the category, could make it in on passion for “Sound of Metal,” which is in 10th place in the Best Picture odds, in the vein of Lenny Abrahamson for “Room” (2015). Then there’s BAFTA nominee Thomas Vinterberg (“Another Round”), who’d fit the Euro auteur mold.

But maybe we’re just overthinking this and it’ll be déjà vu in more ways than one.

Oscar odds for Best Director
Chloe Zhao is in front