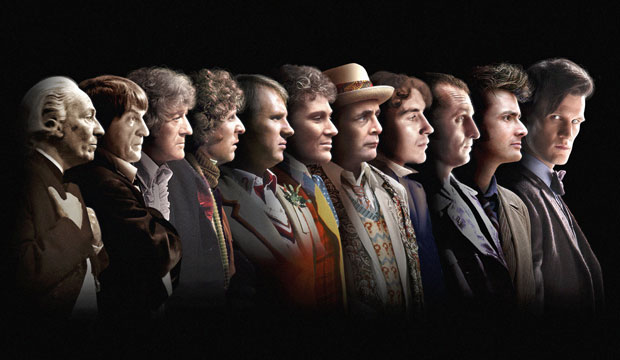 Russell T Davies revived “Doctor Who” in 2005 and helped make the decades-long sci-fi franchise a phenomenon again. He departed the show in 2010 after four seasons and a few specials spanning the ninth (Christopher Eccleston) and 10th (David Tennant) Doctors’ tenures. But now he’s coming back to the show full-time following Chris Chibnall, who’s stepping down from the show after its upcoming 13th season and three subsequent specials to air in 2022. But what can we expect from Davies’s return to the show? Well, I have a few suggestions.

1. Keep diversity at the forefront
The time-traveling Time Lord at the heart of the show changes form to accommodate new actors, showrunners, and storylines, but it took more than five decades for the Doctor to be anything other than a white man. Jodie Whittaker broke that glass ceiling when she assumed the role in 2018. But Whittaker is leaving the show along with Chibnall in 2022, which means there will be an opening in the driver’s seat of the TARDIS, and it would be disappointing if the show immediately reverts back to a white man. I want to see the universe through another new set of eyes.

2. Queer up the TARDIS
Davies, who is openly gay, has always incorporated LGBT representation in his work: “Queer as Folk,” “A Very English Scandal,” “Years and Years,” and “It’s a Sin” have all placed gay characters front and center. And even when he was running “Doctor Who” he introduced the immortal, pansexual hero Jack Harkness (John Barrowman), whom Davies spun off into the extremely queer “Torchwood.” A lot has changed in media since Davies left “Who” in 2010. And since then the show has featured its first openly gay companion in Bill Potts (Pearl Mackie), plus, the Doctor’s ability to transition between genders and identities should already make them a queer icon; the character’s identity is so fluid it’s hard not to use they/them pronouns.

I’m not saying Davies should do “Queer as Folk” in space — though I’m not not saying that– but tapping into those themes more actively is an untapped opportunity worth exploring. Tennant’s male Doctor fell in love with his female companion Rose Tyler (Billie Piper). Would a female version have loved her any less? Has the Doctor ever loved a fellow Time Lord who alternated between genders? After all, his best frenemy the Master has changed genders and races since 2005. There is so much story potential on the table, and Davies has shown throughout his career than he’d be the perfect showrunner to tell those kinds of stories.

SEE6 things you have to know about ‘Succession’ Season 3

3. Fewer companions
A big part of the show’s emotional impact is the Doctor’s evolving relationships with their companions, but Chibnall introduced three of them who joined Whittaker through seasons 11 and 12: Graham (Bradley Walsh), Ryan (Tosin Cole), and Yasmin (Mandip Gill). Juggling that many characters limited the amount of time we had to get to know them as individuals. Perhaps Chibnall even noticed this: he wrote out Graham and Ryan in the 2021 New Year’s special, leaving Yasmin in the TARDIS to be joined by one other full-time companion, Dan (John Bishop), in season 13.

4. Take a break from some of the classic villains
On one hand, it wouldn’t be “Doctor Who” without Daleks, Cybermen, or the Master. But they’ve been vanquished and resurrected so often lately that they don’t have nearly as much impact whenever they show up again. Consider how thrilling “Doctor Who” has been when it introduced new threats like the statuesque Weeping Angels, the mind-altering Silence, or the man-eating Vashta Nerada. The universe is a big place. Let’s explore more of it.