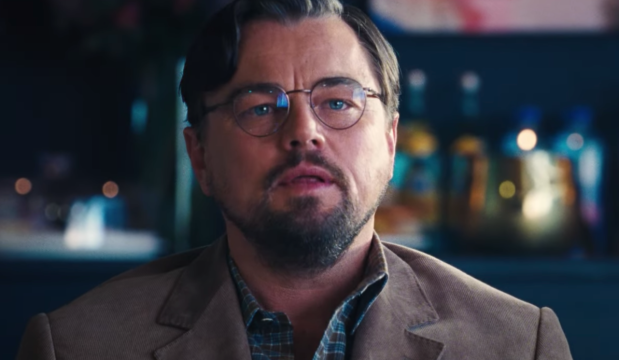 Based upon the first reactions to “Don’t Look Up,” the Adam McKay Netflix satire is yet another late-breaking awards contender in numerous categories — including potential nominations for Best Picture, Best Actor for Leonardo DiCaprio, and even Best Original Song for Ariana Grande and Kid Cudi.

“DiCaprio has launched himself into the awards conversation, delivering another knockout performance as an astronomer desperately trying to share the truth before getting wrapped up in the media and political antics that often plague crises (like a COVID-19 pandemic),” Variety awards expert Clayton Davis wrote in his piece on “Don’t Look Up,” which screened in New York and Los Angeles on Thursday for press and industry. “Angling for leading actor consideration, he could crack a field that is brimming with incredible names.”

DiCaprio is pushing for his eighth Oscar nomination in a crowded race that already includes Will Smith, Denzel Washington, Benedict Cumberbatch, Andrew Garfield, Javier Bardem, Peter Dinklage, and Bradley Cooper. But he’s far from the only apparent standout in the star-studded cast McKay assembled for “Don’t Look Up.” Other critics and pundits cited Jennifer Lawrence (campaigning for Best Actress) and supporting plays such as Mark Rylance (campaigning for Best Supporting Actor) and Meryl Streep (campaigning for Best Supporting Actress) as highlights of the film. But Rylance, playing a Silicon Valley billionaire, was a particular favorite among the cast itself. “To witness his creation of this character bloom before our eyes, Meryl and I were just like little school children witnessing this creation. We were like ‘holy sh–.’ He’s so in command of his craft. It’s an awesome experience,” DiCaprio said during a post-screening event on Thursday.

“Don’t Look Up” is currently in ninth place in the combined Gold Derby odds for Best Picture (with 10 nominees this year, that would place the McKay film in the mix). Beyond its actors and praise for McKay’s original screenplay (the filmmaker won an Oscar for Best Adapted Screenplay previously for “The Big Short”), other categories of note according to the early reactions are Best Score (which would give Nicholas Britell his third nomination and potentially first win) and Best Editing (which would give legendary editor Hank Corwin his third nomination and potentially first win as well). Read more responses to the film below. “Don’t Look Up” is out on December 10 before coming to Netflix on December 24.

I loved DON'T LOOK UP which manages to somehow be both absurd and brutally honest. Was laughing through tears multiple times. The entire cast is on fire and Leonardo DiCaprio gets to show his comedic genius yet again and is such a good actor you forget he's Leonardo DiCaprio.

Streep is excellent and has a great scene partner in Jonah Hill while Cate Blanchett gets to cut loose as a gossip reporter paired with the wonderful Tyler Perry. Jennifer Lawrence absolutely nails a woman screaming truth into the abyss to a world that shrugs.

Wouldn't be surprised to see cinematography, costume, and especially visual effects all in the mix. Noms could actually break into the double digits. Adam McKay could pull off a triple crown of noms with picture, director, and screenplay tho its a competitive year for all three.

#DontLookUp is a bummer of a movie…in a GOOD way. Eye-opening look into our inevitable demise unless something changes. Leonardo DiCaprio is spectacular. Ariana Grande's original song is another contender for that competitive race. Fake teeth will be very memorable for many. pic.twitter.com/L2vxffPOme

Adam McKay’s Don’t Look Up is a dead serious and hilarious end of the world comedy, a Melancholia meets Dr. Strangelove —with a top ensemble in fine form, led by DiCaprio, Lawrence, and Streep. DiCaprio had been seeking a film to address the climate crisis in just the right way.

DON’T LOOK UP: I suspect the Academy will find this very shrimpy. Much to discuss, including Leonardo DiCaprio in a love triangle with two women over 40, Ariana Grande as Vox Lux, and a terrifyingly yassified Cate Blanchett as faux Mika Brzezinski

Don’t Look Up is a brilliant political satire and Adam McKay at his best. Easily the funniest film I’ve seen all year. Leonardo DiCaprio, Jennifer Lawrence, & Mark Rylance are all freaking great in this. Oh, and Ariana Grande’s Just Look Up needs to be nominated. #DontLookUp pic.twitter.com/PTcizxYKoA

#DontLookUp is razor-sharp, witty and outright hilarious. One of the most entertaining films of the year and laugh out loud funny. Terrific ensemble with top notch performances. And @NicholasBritell just delivered one of the best scores of the year. pic.twitter.com/57W4V6U5Zp

Meryl Streep, Jennifer Lawrence and Leonardo DiCaprio walking into the Oscar race. Leo superbly playing against type that is landing him that nom. Voters will lap this film up. It's Adam McKay doing what he does best, knocking satire out of the park #DontLookUp pic.twitter.com/zjXbGOU3lO

We’ve seen how the U.S. reacts to an impending apocalyptic disaster in other movies, but how would we REALLY react? #DontLookUp is a hilarious & horrifying satire about how painstakingly hard it is for us to actually save the day. It’s what you expect, but it’s super entertaining pic.twitter.com/MmjDztw5nX

Floored by Adam McKay's #DontLookUp – predictable and unsubtle, yet its irreverence and witty allegory is brilliant, funny, sad, and actually very scary. A masterclass in acting, with a script whose great qualities erase the few defects. Nods for everyone please.

Don’t Look Up has the subtlety of a sledgehammer and it’s too long. That being said, it’s pretty damn funny. DiCaprio is fantastic. Could get yet another nom. Gets a hardcore Peter Finch in Network monologue. Rylance, Hill and Streep are lots of fun too. #DontLookUp pic.twitter.com/BTQWuJc7WW

#DontLookUp is a firecracker of a film, calling out institutional indifference to impending disaster w/ relatable rage. Its script may not be subtle, but it’s side-splitting & filled w/ scathing satire. Entire all-star ensemble is excellent, but DiCaprio/Blanchett/Hill = MVPs. pic.twitter.com/Ghi5YbygTz