Season 6 of “The Masked Singer” premiered on Wednesday night, introducing five new mystery celebrities belting it out in wild, extravagant costumes. After each singer from Group A took the stage, it was the Octopus sent packing first following his performance of “Tutti Frutti” by Little Richard. The towering invertebrate was revealed to be none other than eight-time NBA all-star, Dwight Howard.

“It was hot in this suit!” Howard exclaimed to host Nick Cannon during his unmasked interview. “The mask weighed about 55 pounds. I was sweatin’, smilin’ and singin.'” The former Los Angeles Laker admitted to doing the show to please his mother. “This morning we got here to the set, my mom was like, ‘What are we doing here?'” he explained. “When she saw ‘The Masked Singer’ she was like, ‘You on ‘The Mask’? Oh, my God! Oh, Hallelujah, yes Lord!'” Before saying farewell, Dwight said he enjoyed singing so much, “I would have stayed here all summer.”

Ken Jeong was the only panelist to correctly guess Howard was singing from behind the mask. That gives Ken a one-point lead over Robin Thicke, Jenny McCarthy and Nicole Scherzinger as they compete for the Season 6 Golden Ear trophy. Robin thought the Octopus was Philadelphia 76er Joel Embiid, Jenny guessed former NBA bad boy Dennis Rodman and Nicole named legendary basketballer and sportscaster, Shaquille O’Neal.

Even though Ken was the only panelist to guess correctly, there were plenty of clues hinting at Howard’s identity. The toy blocks in Octopus’ package were clues to Howard’s famous defensive blocks. The magic playing cards were a nod to Howard’s eight years playing for the Orlando Magic. The gold phone ringing was a clue to his championship ring.

Howard was the first singer eliminated from Group A. His elimination was quickly followed by Mother Nature, but her identity will be revealed at the beginning of Thursday’s episode. Bull, Pufferfish and Skunk will sing again on September 23 with two new wildcards entering the competition: Baby and Hamster. 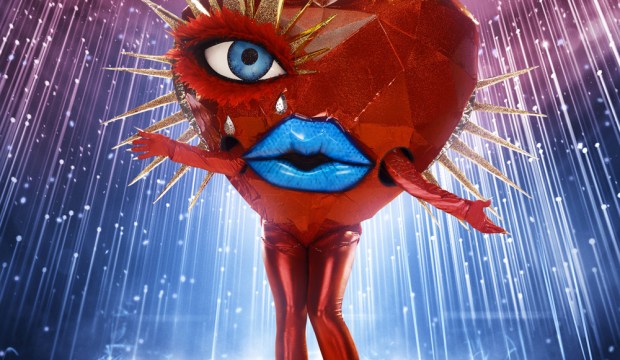