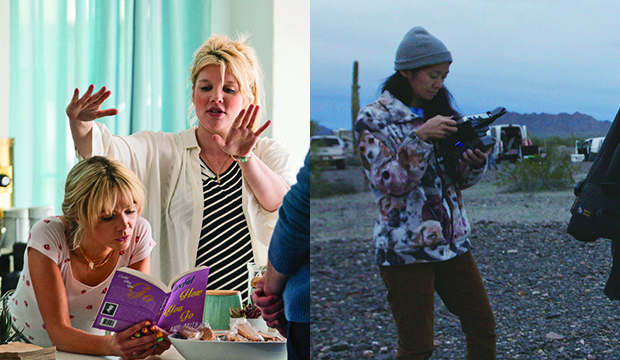 The 2010s earned the dubious distinction of being the first decade since the 1960s without a female writing Oscar winner after Greta Gerwig (“Little Women”) and “1917” co-writer Krysty Wilson-Cairns lost their respective categories last year. But a new decade means a new start and some new history to be made. Emerald Fennell, fresh off her Writers Guild of America Award on Sunday for Best Original Screenplay for “Promising Young Woman,” and “Nomadland’s” Chloé Zhao, are the favorites to win both writing Oscars. That would make it the first time in 13 years a woman screenwriter has prevailed and the first time that solo female screenwriters swept both categories in the same year.

Diablo Cody was the last woman, solo or as a co-writer, to win either category, taking Best Original Screenplay for 2007’s “Juno.” In adapted, the dry spell is longer as Diana Ossana, who co-wrote “Brokeback Mountain” (2005) with Larry McMurtry, is the most recent. Fennell is the 15th woman since Cody’s win to be nominated in original, while adapted added four female nominees this year; besides Zhao, three of “Borat Subsequent Moviefilm’s” nine writers, Erica Rivinoja, Jena Friedman and Nina Pedrad, are women. That brings the number to 18 female nominees in adapted since Ossana’s victory.

Women have won writing Oscars since the 1930s, but as is the case with most non-gendered categories, there’s not a whole lot of them in the academy’s 92-year history. Just seven times has a woman won adapted. It’s slightly higher at 12 in original if you count the now-defunct Best Story and Best Writing categories. Seventeen years ago, women won both categories, but Fran Walsh and Philippa Boyens shared their Best Adapted Screenplay win for “The Lord of the Rings: The Return of the King” with Peter Jackson, while Sofia Coppola won for her original “Lost in Translation” script.

Aaron Sorkin‘s “The Trial of the Chicago 7,” which nabbed the Golden Globes’ single screenplay category, was in first place in Best Original Screenplay in Phase 1, but Fennell has been in the top spot since nominations were announced last week. The WGA triumph only bolsters her Oscar chances. Yes, there are lots of ineligible WGA scripts ever year and other quirks (like 2016’s “Moonlight” winning original at WGA but being deemed adapted at the Oscars and winning there), but you’d have to go back to 20 years ago to find a WGA original screenplay champ, “You Can Count on Me,” that lost the Oscar to a fellow WGA nominee, “Almost Famous.” Two years ago, WGA winner “Eighth Grade” was Oscar-snubbed, paving the way for WGA nominee “Green Book” to score the Oscar. And 18 years ago, WGA champ “Bowling for Columbine” was not up for the Oscar, which went to “Talk to Her.”

Meanwhile, Zhao was ineligible at WGA in Best Adapted Screenplay, allowing “Borat Subsequent Moviefilm” to prevail over expected winner “One Night in Miami.” With “Nomadland” still the Best Picture favorite and Zhao a slam dunk in Best Director, the WGA absence shouldn’t have a great effect on Oscar. There have been several WGA-ineligible films in both categories that claimed the Oscar this century — and three of them also won Best Picture, including adapted champ “12 Years a Slave (2003).

Fennell and Zhao can tighten their grips on their races at BAFTA. Zhao is in second place behind Florian Zeller‘s “The Father,” while Fennell is the original screenplay favorite.