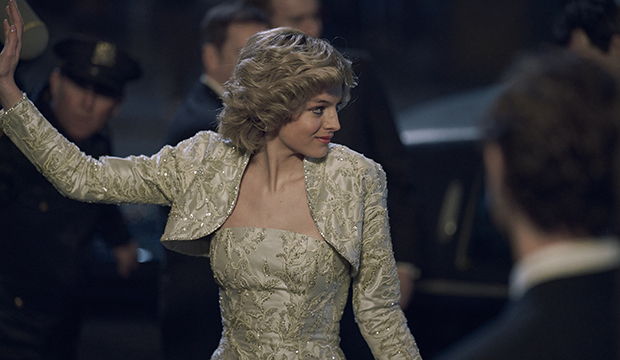 For the past two years, the Emmys’ Best Drama Actress category has crowned twentysomethings, with each breaking the record as the category’s youngest winner, and that youth movement could continue with Emma Corrin. The 25-year-old star of “The Crown” star is the early unanimous favorite to take home the prize in September.

Corrin would follow in the footsteps of 2019 champ Jodie Comer (“Killing Eve”) and reigning champ Zendaya (“Euphoria”), both of whom won in upsets and neither of whom are eligible this year. Then 26, Comer dethroned Lindsay Wagner, who was 28 when she triumphed for “The Bionic Woman” in 1977, to become the youngest Best Drama Actress champ. But that reign lasted as long as her Emmy reign did as Zendaya, then 24, prevailed last year over Comer and a bunch big names and veterans, including Jennifer Aniston (“The Morning Show”), Olivia Colman (“The Crown”), Laura Linney (“Ozark”) and Sandra Oh (“Killing Eve”).

While Corrin wouldn’t beat Zendaya’s record, she’d be the category’s second youngest winner and only the fifth to be in her 20s. The other was her “Crown” co-star Gillian Anderson, who was 29 when she won for “The X-Files” in 1997.

Unlike the Oscars, which love to anoint twentysomething women, the Emmys have historically preferred older actresses. But both trends have been upended lately — the past four Best Actress Oscar winners have been 45 and older. And the TV academy has become more welcoming to young’uns in general. In 2019, “When They See Us” star Jharrel Jerome, then 21, entered the record books as the second youngest Best Limited Series/TV Movie Actor winner and the first to win in his 20s. Julia Garner, currently 27, has collected back-to-back Best Drama Supporting Actress Emmys the past two years, the first time over two other twentysomethings, “Game of Thrones” stars Sophie Turner and Maisie Williams.

Corrin would fit right in alongside these names as a breakout star of her series. She has already scored the Golden Globe and Critics Choice Award for her performance as Princess Diana, losing only the Screen Actors Guild Award to Anderson due to the SAG Awards’ single category. But she doesn’t have to worry about that at the Emmys since Anderson will compete in supporting, where she’s favored to win. Corrin still earned a SAG Award as part of the cast of “The Crown,” which has now won drama ensemble two years in a row. Plus, the Emmys have awarded a “Crown” star in drama actress before, OG Queen Elizabeth II portrayer Claire Foy in 2018.

But Corrin is not the only twentysomething in the running. “Bridgerton” star Phoebe Dynevor, 26, is in sixth place in the odds. The other predicted nominees are Corrin’s co-star Colman — the only 2020 nominee eligible to return — former champ Elisabeth Moss (“The Handmaid’s Tale”), Jurnee Smollett (“Lovecraft Country”) and Uzo Aduba (“In Treatment”).

New on Netflix for July 2021: 'Fear Street' trilogy, all the 'Twilight' movies