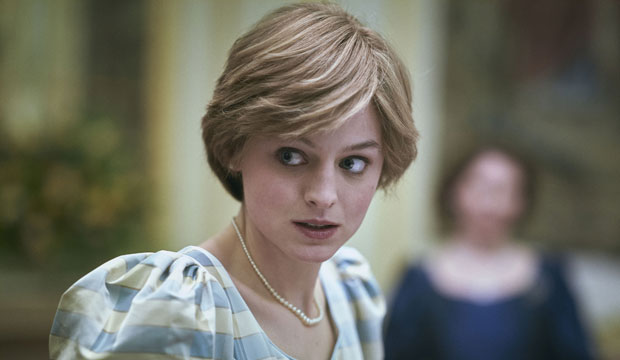 It’s early yet in the Emmy season, but there are already overwhelming favorites for the 2021 awards, whose nominations will be announced in July and whose winners will be named in September. That includes Emma Corrin, who has already won multiple prizes for her breakthrough performance as Princess Diana on “The Crown.” Among the Experts, Editors, and Top Users who have made their predictions so far here in our predictions center, everyone agrees that she’s the one to beat. But more people will be placing their bets as the weeks and months go by, so a lot could change.

Corrin has won Golden Globe and Critics Choice Awards for her performance in season four of the Netflix historical drama. She lost the Screen Actors Guild Award, but that award went to her co-star Gillian Anderson, who will be competing for an Emmy in the supporting category so they won’t be going head-to-head at these awards. And Corrin still won a SAG Award as a member of “The Crown’s” ensemble cast. Corrin is additionally helped by the fact that last year’s winner, Zendaya (“Euphoria”), won’t be eligible to return to the category this year. Neither will nominees Laura Linney (“Ozark”), Jennifer Aniston (“The Morning Show”), and Sandra Oh and Jodie Comer (“Killing Eve”). So there’s lots of room for new contenders to maneuver.

But that doesn’t mean Corrin is without challengers. She faces internal competition from her co-star Olivia Colman, as well as 2017 winner Elisabeth Moss (“The Handmaid’s Tale”), whose show premieres its new season on April 28, giving it a chance to take over the TV conversation right before Emmy voters mark their ballots. So will Corrin continue her winning streak, or will a challenger rise against her? Check out of our official odds in top categories here.

'WandaVision' sweeps at MTV Movie and TV Awards, while 'To All the Boys' and Chadwick Boseman take top…