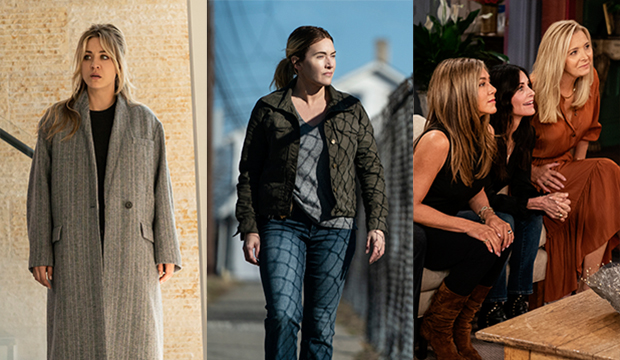 While the nominations for the Primetime Emmy Awards were announced weeks ago, the Television Academy just now released the list of nominated producers in the various program categories after the usual vetting process. With the ever-increasing number of actors who also produce, write and/or direct their own shows, there are expectedly a decent amount of recognizable names on the list. Many are also nominated in the acting categories, with their producing credit giving them yet another chance to win Emmy gold in September.

Best Comedy Series features a number of stars pulling double duty as producers, including Anthony Anderson and Tracee Ellis Ross for “Black-ish,” Kaley Cuoco for “The Flight Attendant,” Michael Douglas for “The Kominsky Method,” and Jason Sudeikis and Brendan Hunt for “Ted Lasso.” All are nominated in the acting categories as well, while Sudeikis and Hunt are also double-nominated in Best Comedy Writing, bringing their individual totals up to four. Best Drama Series is limited to just Elisabeth Moss (“The Handmaid’s Tale”) with recognition for both acting and producing.

SEE ‘Friends: The Reunion’ is nominated for variety special, so Emmy nominee Courteney Cox is incoming

The Best Limited Series category boasts two lead actresses with additional bids for producing: Michaela Coel for “I May Destroy You” and Kate Winslet for “Mare of Easttown.” Coel also scored nominations in directing and writing, making her the only person this year to be recognized for acting, producing, directing and writing for the same project. Meanwhile, Lin-Manuel Miranda was nominated for Best Limited/Movie Actor for “Hamilton” and earned a producing bid for the Disney+ production in the Best Variety Special (Pre-Recorded) category. Finally, in the short-form categories, Kerri Kenney-Silver is nominated for “Reno 911!” in Best Short Form Actress and as a producer in Best Short Form Series.

Other notable actors who did not receive Emmy nominations for acting but did for producing include: Laurence Fishburne (“Black-ish”), Ralph Macchio and William Zabka (“Cobra Kai”), Lily Collins (“Emily in Paris”), Paul W. Downs (“Hacks”), and Maya Erskine and Anna Konkle (“PEN15”). Dolly Parton (“Dolly Parton’s Christmas on the Square”), Danielle Brooks (“Robin Roberts Presents: Mahalia”), and Tessa Thompson and Nnamdi Asomugha (“Sylvie’s Love”) failed to secure nominations in the acting categories but can still call themselves as Emmy nominees with their producing credits in Best TV Movie.

Also of note for longtime Emmy watchers: all six members of the “Friends” cast were nominated as producers in Best Variety Special (Pre-Recorded) for “Friends: The Reunion.” This means that Courteney Cox, the only actor who wasn’t nominated during the show’s original run, is now an Emmy nominee. While fans will argue this was a long time coming, it is poetic that her first Emmy bid is for a “Friends”-related program after all.