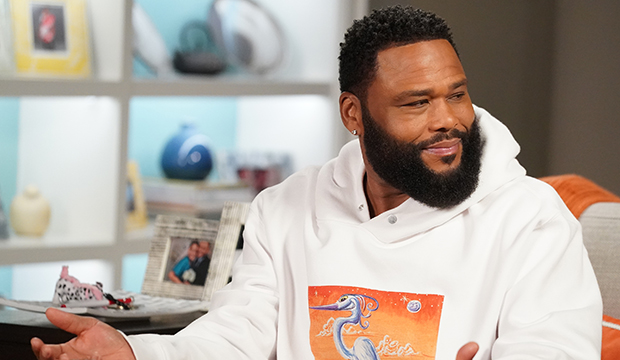 Anthony Anderson has notched six Emmy nominations in a row for Best Comedy Actor for his performance as Andre “Dre” Johnson on the ABC family comedy “Black-ish.” Predicted to land No. 7 this year in a field that is much more open than it has been in the past because of the COVID-19 pandemic, which unfortunately delayed production on a lot of shows around the globe, Anderson is currently sitting in third place in Gold Derby’s combined odds.

Anderson is trailing “Ted Lasso” star Jason Sudeikis, who has already earned a Golden Globe, a Critics Choice and a Screen Actors Guild award for his performance in the sports-centric Apple TV+ comedy. Michael Douglas of Netflix’s “The Kominsky Method” sits between Sudeikis and Anderson in second place, while Kenan Thompson (“Kenan”), Ted Danson (”Mr. Mayor”) and Ralph Macchio (“Cobra Kai”) round out the top six in the category.

The relative openness of the Best Comedy Actor race this year is an exciting development that could potentially lend itself to an easier path to a bid for Anderson, who has also received three nominations as a producer on “Black-ish.” Also working in his favor this year is the fact the reigning champ in the category, Eugene Levy, is ineligible now that “Schitt’s Creek,” which notoriously swept last year’s Emmys, has come to an end.

However, if Anderson doesn’t prevail for his seventh nomination in the Best Comedy Actor category, another loss would land him in a rather dubious group, one that no one wants to be part of: He would tie the record for most nominations in the category without a win. And to make a sad situation even worse, he would, of course, still be Emmy-less. (Don Cheadle should count himself lucky that Showtime’s “Black Monday” is ineligible this year, as he would be in the same boat as Anderson, having also already received six nominations but no wins in the category.)

Should Anderson be nominated and lose, he will join John Goodman, Hal Linden and Matt LeBlanc as the only actors in Emmy history who’ve received seven nominations in the Best Comedy Actor category without a single win. Goodman and Linden both scored their goose eggs while appearing on one show — “Roseanne” and “Barney Miller,” respectively — while LeBlanc earned three of his seven nominations during his run on NBC’s “Friends” and the other four while starring on Showtime’s “Episodes.” Goodman did eventually go on to win an Emmy, though — in the comedy gest actor category for his appearance on “Studio 60 on the Sunset Strip” — but Linden and LeBlanc are still Emmy-less. Perhaps it’s best not to mention that to Anderson.