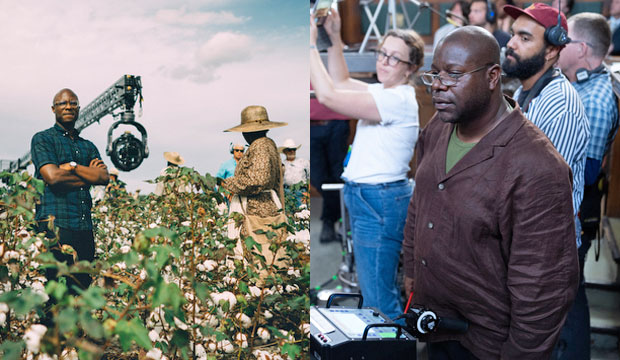 In this era when the lines have blurred between film, television, and streaming entertainment, it’s increasingly common for artists to cross over between the different media. And this year is no exception. In the last decade, filmmakers Steve McQueen and Barry Jenkins won Oscars for their historic films “12 Years a Slave” (2013) and “Moonlight” (2016), respectively. Now they could win Emmys for “Small Axe” and “The Underground Railroad.”

SEEKate Winslet surges in Emmy odds, but can Mare take down the ‘Queen’?

McQueen won Best Picture as a producer of “12 Years a Slave,” which made him the first (and to date only) Black producer to win that award. It was also the first film by a Black director to win Best Picture. Now he’s an Emmy contender for Amazon’s “Small Axe,” his five-film anthology that explores the experiences of West Indian immigrants in England. It was so loved by critics that film journalists even claimed it as their own, with the Los Angeles Film Critics Association even awarding it Best Picture.

Jenkins, meanwhile, pulled off the Oscar upset of the century when his “Moonlight” beat “La La Land,” becoming only the second film by a Black director to win Best Picture while Jenkins himself was awarded Best Adapted Screenplay. Now he too is making the move to the small screen with his own limited series for Amazon: “The Underground Railroad,” based on the Pulitzer Prize-winning novel by Colson Whitehead imagining a literal railroad carrying African-Americans out of slavery.

SEEAfter Oscar coronation, is an Emmy bid for ‘The Crown’ next for Emerald Fennell?

Both “Small Axe” and “Underground Railroad” will compete as limited series, pitting McQueen and Jenkins against each other in races including Best Movie/Limited Directing, where only one Black director has ever won before (Charles S. Dutton for “The Corner” in 2000). But as of this writing they’re both among our top five predicted nominees for Best Limited Series, based on the combined predictions of thousands of Gold Derby users. “Small Axe” got a head start on the awards campaign trail since it debuted last fall, making it eligible for the Golden Globes, where it was nominated for Best TV Movie/Limited Series and won Best TV Supporting Actor for John Boyega, and the Critics Choice Awards, where it was up for Best Limited Series and won Best Movie/Limited Actor for Boyega.

But “Underground Railroad” could get the last laugh since it will debut on May 14, which is near the Emmy eligibility deadline of May 31, giving it a chance to make a strong last impression on voters.

Several other artists previously known for their work on the big screen have migrated to series television, and judging from recent Emmy history it’s a significant advantage for McQueen and Jenkins that they’re the sole director on their projects. In the last six years Best Movie/Limited Directing went to the sole director of a limited series five times, including to well-known cinematic filmmakers Lisa Cholodenko (“Olive Kitteridge,” 2015), Susanne Bier (“The Night Manager,” 2016), and Jean-Marc Vallee (“Big Little Lies,’ 2017).

But limited series TV is so saturated with talent these days that having a recognizable name from the film world isn’t enough to guarantee a win. In recent years A-listers like David Lynch (“Twin Peaks: The Return,” 2018), Stephen Frears (“A Very English Scandal,” 2019), Ava DuVernay (“When They See Us,” 2019), and Lenny Abrahamson (“Normal People,” 2o20) have been nominated for directing their programs but lost. There’s no such thing as big fish in a small pond anymore at the Emmys. Viewing options these days are as vast as the ocean, so that even the biggest fish can’t guarantee they’ll be caught.