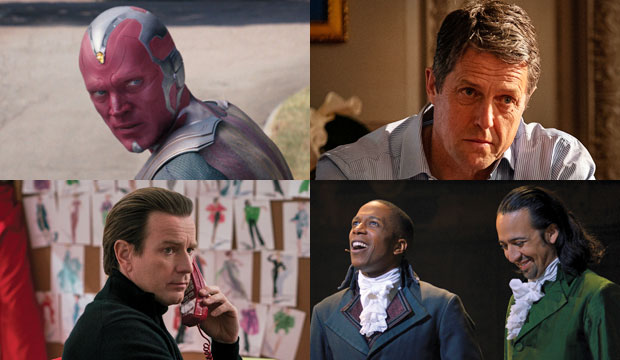 We at Gold Derby pride ourselves on being able to predict who will win awards races, or at least being able to narrow it down. But this year’s Emmy contest for Best Movie/Limited Actor is one of the few instances where literally any of the nominees could win. Of course, sometimes we think we have a race narrowed down and then “Genndy Tartakovsky’s “Primal” achieves an upset, but in this case I wouldn’t consider any of the five nominees an upset. Let me break down why.

Why he might win: He stars in the most nominated movie or limited series of the year with a whopping 23 bids. That includes strong recognition from the actors branch, who also nominated Elizabeth Olsen and Kathryn Hahn. It doesn’t hurt that Bettany also stars in one of the Best TV Movie nominees, “Uncle Frank” (which lost at the Creative Arts Awards to “Christmas on the Square“).

Why he might not: “WandaVision” didn’t do as well as we thought it might at the Creative Arts Awards considering its top-tier sci-fi production values. The series also lacks snob appeal: are voters going to give top honors to an actor playing an android in a Marvel superhero spinoff? Granted, another superhero drama dominated last year’s Emmys, “Watchmen,” but that series was also an allegory about racism in America. “WandaVision” doesn’t have such lofty historical themes, so voters may think it too lightweight.

Why he might win: He gives a showy, against-type performance as a sinister, deceptive doctor in the middle of a murder mystery. He was nominated for a similar performance in “A Very English Scandal” two years ago, but didn’t win, so voters might consider him due for the award.

Why he might not: Emmy voters mostly rejected “The Undoing,” only nominating it for Grant’s performance and for production design. Mark Ruffalo managed to win this award last year despite being the only nomination for “I Know This Much is True,” but that kind of outcome is rare, though clearly not impossible.

SEEWhat do those Creative Arts results mean for the main Emmy ceremony?

Why he might win: He’s an A-list movie star playing an emotionally turbulent biographical role as the title fashion designer, who faced romantic and professional woes and ultimately succumbed to AIDS. And like Grant, he has a previous Emmy nomination in this category for “Fargo,” plus one for narrating “Highlands: Scotland’s Wild Heart,” and a fourth way back when for guest-starring on “ER.” On paper, this should be catnip to voters.

Why he might not: Reviews for “Halston” were mixed, as was the show’s reception by Emmy voters, who only nominated it in four craft categories besides McGregor’s nomination. So this is something he also has in common with Grant: voters weren’t that enthusiastic about his show as a whole.

Why he might win: He’s the face of “Hamilton” as its writer and composer in addition to playing the title role. Also, the actors branch loved the Disney+ production, giving it seven performance nominations (more than any other movie or limited series), so this would be a good opportunity to award Miranda’s overall achievement.

Why he might not: He lost to his co-star Leslie Odom Jr. when they went head-to-head at the Tonys, so that could very well happen again. What’s more, voters may feel ambivalent about rewarding actors who already competed for Tonys for these very same performances.

SEEWill ‘Pose’ finale upset ‘The Crown’ for writing Emmy? It wouldn’t be the first time voters got sentimental

Why he might win: As mentioned above, he already beat Miranda at the Tonys, and the TV academy actors branch heaped nominations on the ensemble cast. In addition, he’s fresh off a pair of Oscar nominations for his work in the film “One Night in Miami,” so industry enthusiasm for him is at a high.

Why he might not: Also as mentioned above, he’s up against the actor playing the title character who also wrote and composed the musical. And will voters want to give him an Emmy for the same performance he won a Tony for?

So there are good reasons to predict every nominee and also good reasons not to. But what do our odds say? According to the combined predictions of thousands of our users, it looks like a two-way race. Bettany has the advantage with 7/2 odds and support from a majority of the Expert journalists we’ve polled. Grant is close behind with 18/5 odds and the backing of most of the Gold Derby Editors who predict awards year-round. Grant also has the most support from the Top 24 Users who got the highest scores predicting last year’s Emmys. But Bettany is tipped to win by most of the All-Star Top 24 who had the best prediction scores over the last two years.

Every single nominee has support from someone in our top prediction groups. So which way are you leaning? Do you think this race is more clear-cut than I do? If so, would you mind if I copy your homework before Sunday night? 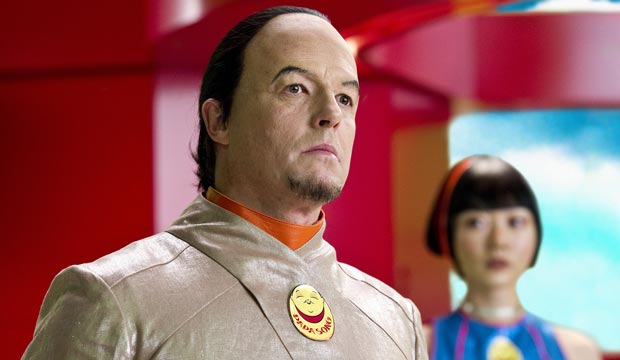