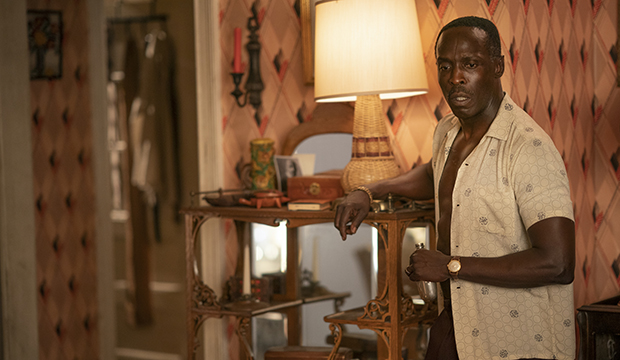 Michael K. Williams is the odds-on favorite to win the Best Drama Supporting Actor Emmy for “Lovecraft Country,” leading with 9/2 odds. If he does, it’d be a historic moment because no Black performer has won that category yet. Not only that but Best Drama Supporting Actor is the only acting category remaining that has never anointed a Black winner.

Even the short form acting categories, which were added in 2016, have crowned Black champs — Kim Estes (“Dicks”) and Laurence Fishburne (“#FreeRayshawn”) won actor in 2017 and 2020, respectively, and Jasmine Cephas Jones (“#FreeRayshawn”) nabbed actress last year. Best Drama Supporting Actor has existed since the Emmys established genre-specific acting categories in 1970. It became the sole acting category not to have a Black champ following Viola Davis‘ Best Drama Actress victory for “How to Get Away with Murder” in 2015.

In total, 11 Black men have accrued 20 nominations between them in the category. Last year, there were two, Giancarlo Esposito (“Better Call Saul”) and Jeffrey Wright (“Westworld”), both of whom had been nominated before. Esposito could return again this year — he’s in fifth in the odds — for another show, “The Mandalorian,” for which he earned a guest bid last year. His first drama supporting actor nomination was for “Breaking Bad” in 2012. After that, it took five years before another Black actor was nominated — Wright and Ron Cephas Jones (“This Is Us”) scored bids in 2017.

SEE ‘Lovecraft Country’ costume designer: ‘It kept us on our toes the whole time’

In 2018, drama supporting actor was the only acting category without a person of color nominee after Wright upgraded to lead and Jones won in guest. That was also the year when Black performers swept all four guest categories for the first time. In 2019, Esposito returned to the supporting race when he was nominated for reprising his role as Gus Fring on “Better Call Saul.”

This would be Williams’ fourth Emmy nomination and first in this category after limited/TV movie supporting actor bids for “Bessie” (2015), “The Night Of” (2016) and “When They See Us” (2019). The “Wire” alum won the Critics Choice Award earlier this year for “Lovecraft,” which explains his frontrunner status. The catch-all supporting actor Golden Globe went to John Boyega (“Small Axe”), who’s competed in limited at the Emmys, so that’s irrelevant here, and of course, the Screen Actors Guild Awards don’t have TV supporting categories.

Helping Williams (and all the category contenders) is that the drama supporting actor Emmy race is fairly open as the defending champ, Billy Crudup (“The Morning Show”), is not eligible, along with most of last year’s lineup, and it’s one of the few drama categories that doesn’t feel like it’s locked for “The Crown.” Tobias Menzies, who played Prince Philip on the royal drama, is in second place in the odds. If there’s a full-on “Crown” lovefest, he could get swept up in it, but he could just as easily be the odd man out as his co-stars Emma Corrin, Josh O’Connor and Gillian Anderson are all frontrunners in their races and have collected hardware this year.

Two former champs, Bradley Whitford (“The Handmaid’s Tale”) and John Lithgow (“Perry Mason”) are in third and fourth, respectively, followed by Esposito, John Benjamin Hickey (“In Treatment”), Jonathan Bailey (“Bridgerton”) and Chris Sullivan (“This Is Us”).