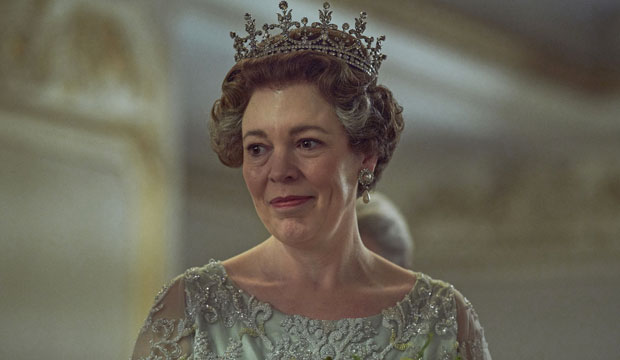 Despite its grasp on the entertainment industry, Netflix has never won a series trophy at the Emmy Awards — not drama, not comedy, not limited. However, that is likely to change this year as “The Crown” tops Gold Derby’s early Emmy predictions for Best Drama Series. The regal program is coming off big wins at the Golden Globes and Critics Choice Awards and is the favorite to win at next month’s SAG Awards, too. Is Netflix about to make Emmy history?

Looking ahead to the Emmys, our odds are predicting that “The Crown” will face off against “The Mandalorian,” “Bridgerton,” “Lovecraft Country,” “The Handmaid’s Tale,” “Pose,” “This Is Us” and “The Boys.”  Of this septet, only “Handmaid’s” has won Best Drama Series before; it prevailed for its first season in 2017 against, among others, Season 1 of “The Crown.”

“The Crown” contended for Best Drama Series for seasons 2 and 3 as well losing to “Game of Thrones” in 2018 for the former and to “Succession” last year for the latter. “Succession” won’t be returning in time to be eligible at this year’s Emmys.

For Best Drama Actress, Corrin and Colman take up the top two slots. Their rival nominees are predicted to be Elisabeth Moss (“The Handmaid’s Tale”), Jurnee Smollett (“Lovecraft Country”), Uzo Aduba (“In Treatment”) and Phoebe Dynevor (“Bridgerton”). Last year’s winner Zendaya (“Euphoria”) is not eligible to repeat in this category, though she does contend in the TV movie/limited series actress race for the “Euphoria” special.

Similar to the lead actress race, a pair of “Crown” co-stars take up the two top spots for Best Drama Supporting Actress: Anderson and Carter, with their closest competition being Wunmi Mosaku (“Lovecraft Country”). And Menzies appears in our top three for Best Drama Supporting Actor, behind only Michael Kenneth Williams (“Lovecraft Country”) and Bradley Whitford (“The Handmaid’s Tale”).