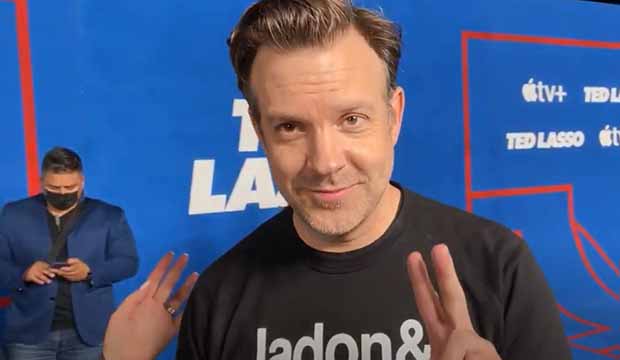 The comedy directing and writing races at this year’s Emmys are among the competitive categories.For the last year three years in row, the winner of Best Comedy Series — “Schitt’s Creek”, “Fleabag” and “The Marvelous Mrs. Maisel” — has taken home these two awards as well. That streak could end this year.

“The Flight Attendant” pilot episode, “In Case of Emergency,” is tipped to win the helming prize for Susanna Fogel for its bold showcase of flashy, eccentric direction. But the HBO Max hit is unlikely to take home the series prize. It sits at third in our odds with none of our experts currently predicting a win.

The Comedy Series frontrunner is “Ted Lasso.” Could it pull off an upset in directing? Three of its episodes contend: “Biscuits” (2nd in our odds), “The Hope That Kills You” (4th) and “Make Rebecca Great Again” (5th). Surprisingly, the show did not submit its pilot. That has proven to be an effective strategy for first year programs as it makes remembering episode content much easier for voters. “The Marvelous Mrs. Maisel” did just that back in 2018.

“Ted Lasso” could fall victim to vote splitting, with the support for the Apple TV+ show distributed in an unfocused, scattered manner. This allows for another nominee to fly under the radar and win with only a plurality of votes. That factor is one of the reasons why The Flight Attendant” sits at the top of our odds.

But it would be quite rare though for “The Flight Attendant” to go home with only the directing prize.  Amazon’s “Transparent” and FX’s “Atlanta” won for directing but not for series back in 2016 and 2017. However, each won a lead acting Emmy (Jeffrey Tambor and Donald Glover respectively). For “The Flight Attendant” to mirror this trajectory, Kaley Cuoco would have to take out odds-on favourite Jean Smart (“Hacks”).

“Hacks” helmer Lucia Aniello is sitting in third for directing the pilot “There Is No Line.” When “Transparent” and “Atlanta” each won directing, Best Comedy Series winner “Veep” had submitted multiple helmers.

That multi-submission factor could hurt“Ted Lasso” over in the writing category too. While it quite rightly leads our odds for its pilot episode, Ted and his treasured AFC Richmond may cancel themselves out due to the presence of a second nominated episode, “Make Rebecca Great Again.” “Fleabag” and “The Marvelous Mrs. Maisel” didn’t face this issue; could it lead to an upset by “Hacks”?

The “Hacks” episode, “There Is No Line,” sits at second in our odds between the two “Ted Lasso” submissions. Only two programs with more than one script in contention have prevailed in the last decade: NBC’s “30 Rock” did it back in 2013 and Pop TV’s “Schitt’s Creek” managed to do it last year for its final season. “Schitt’s Creek” was able to overcome this bias due to the lack of a strong alternative choice for voters. Unfortunately for “Ted Lasso,” HBO’s “Hacks” reaped a whopping 16 nominations. This firecracker comedy looks primed for an upset somewhere.