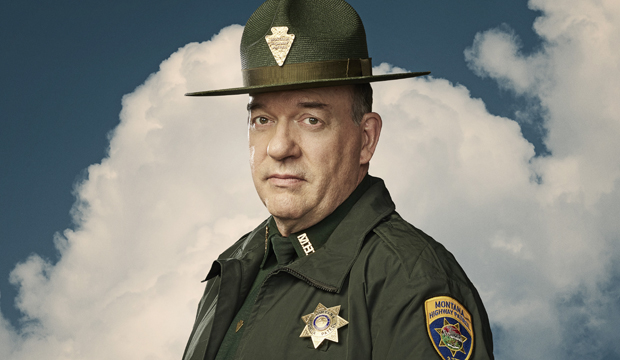 Actors doing good work on network series are sometimes overlooked at Emmy time, though the networks continue to televise the awards ceremony to cash in on advertising revenue. The academy’s snob factor kicks into high gear and performers on premium cable series and streaming shows take priority. This year may be different. Respected veteran character actor John Carroll Lynch, who has played everything from Frances McDormand’s husband, Norm Gunderson, in the 1996 film “Fargo” to a trio of villains on FX’s “American Horror Story,” may crash the party in Best Drama Supporting Actor. It would be his first nomination.

Lynch’s turn as unhappily married Montana state trooper Rick Legarski on ABC’s hit drama “Big Sky” is chilling, nasty and full of shocks. While the denizens of the town of Big Sky think Rick is too timid to write a parking ticket, he works behind the scenes as a sex trafficker, using a diffident long-haul trucker Ronald Pergman (Brian Geraghty) to round up “scummy girls” and truck-stop prostitutes to sell into slavery across the border in Canada. Emmy legend David E. Kelley created the program.

Something is off about Rick from the get-go. In the pilot, he makes inappropriate sexual remarks while helping a stranded motorist from San Francisco. By the end of the hour, Rick shoots Cody Hoyt (Ryan Phillippe) point blank in the face when he is investigating the disappearance of his son’s girlfriend, Danielle Sullivan (Natalie Alyn Lind) and her sister, Grace (Jade Pettyjohn) because long-haul truckers are suspected. Rick has barely wiped Hoyt’s blood from his face when he lectures Ronald about being “sloppy” and kidnapping girls whose families are going to look for them. Many of the subsequent nine episodes detail the girls’ attempted escapes from captivity. As the stakes grow higher, Rick reveals the lengths of his depravity, shooting Grace in the leg with an arrow when she escapes and finds a fisherman willing to help her (Rick kills him). The surprise in Lynch’s performance is that Rick appears to suffer amnesia after he is apprehended and shot by Cassie Dewell (Kylie Bunbury). And viewers can’t tell whether Rick is faking it or not. He only seems to remember events from long ago. Lynch keeps you guessing until his last scene, when his fed-up wife Merilee (Brooke Smith) takes matters into her own hands.

Lynch will compete against leading Emmy contender Michael Kenneth Williams (“Lovecraft Country”) and marquee names such as Bradley Whitford (“The Handmaid’s Tale”) and John Lithgow (“Perry Mason”) are sitting pretty, but as a member of the cast of “The Trial of the Chicago 7,” he was awarded Best Ensemble at the SAG awards this year. His fortunes are changing.