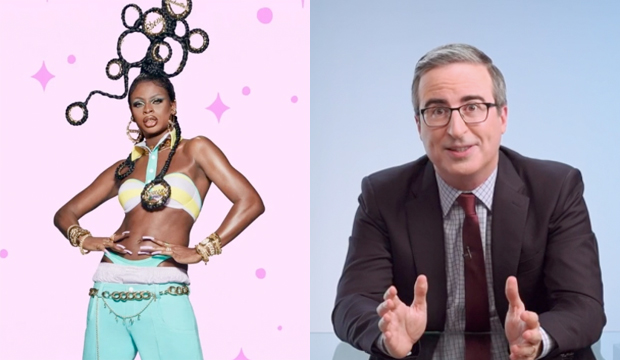 Last year’s 72nd Primetime Emmy Awards (affectionately known as the Pandemmys because it took place during the Covid-19 pandemic), rewarded a total of 23 contenders with trophies. Shows like “Schitt’s Creek” and “Succession” and actors like Billy Crudup and Zendaya all claimed victory from the safety of their own homes. But of those 23 winners, shockingly only two are eligible to repeat at the 2021 Emmys: “RuPaul’s Drag Race” for Best Competition Program and “Last Week Tonight with John Oliver” for Best Variety Talk Series. And they’ll both probably win again.

So, what gives? Why are there so many ineligible shows this time around? It’s a mixture of some programs having ended last year and the coronavirus pandemic halting production on others. “Schitt’s Creek” accounted for all seven of the primetime comedy categories (series, actor, actress, supporting actor, supporting actress, writing and directing), so that means all of those are up for grabs this year. You can already hear the collective sighs of relief from new comedies like “Ted Lasso” and “The Flight Attendant.”

SEE‘The Flight Attendant’ hoping to fly past ‘Ted Lasso’ at Emmys: What will win?

“Succession,” which took home four of last year’s drama prizes (series, actor, writing and directing), wasn’t able to produce a new season in time to be eligible for the 2021 ceremony. Same with “Euphoria” (actress), “Ozark” (supporting actress) and “The Morning Show” (supporting actor). In case you’re wondering, the “Euphoria” specials that aired in December and January are only eligible for directing, writing and crafts categories, so that’s why Zendaya won’t be hearing her name called again on Emmy night.

That brings us to competition and variety. Both “Drag Race” and “Last Week Tonight” are the de facto front-runners to win their races again thanks in part to the Emmys’ penchant for rewarding repeats in these specific categories. “RuPaul’s Drag Race” is looking for its fourth triumph in the same Best Competition Program category that’s already rewarded “The Amazing Race” 10 times and “The Voice” four times. And “Last Week Tonight with John Oliver” is expected to tie “Late Show with David Letterman” at six victories this year, though both are still far away from the all-time leader at 11 wins, “The Daily Show with Jon Stewart.”

SEERege-Jean Page (‘Bridgerton’) has one chance to steal Josh O’Connor’s Emmy crown: Who will win?

Below, see a handy-dandy refresher of every winner (and nominee) at last year’s Primetime Emmys ceremony. These 2020 champs may be gone, but they’re not forgotten.

BEST COMEDY SERIES
“Curb Your Enthusiasm”
“Dead to Me”
“The Good Place”
“Insecure”
“The Kominsky Method”
“The Marvelous Mrs. Maisel”
X – “Schitt’s Creek”
“What We Do in the Shadows”