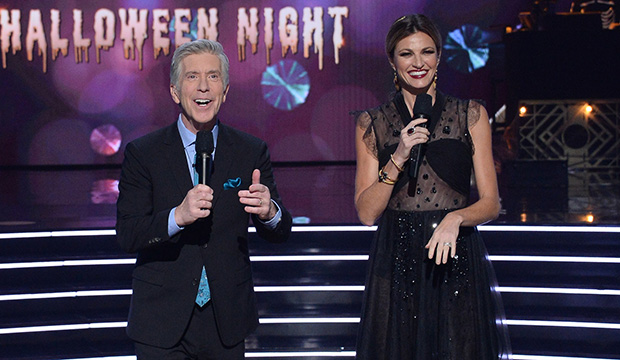 It’s been more than a year since Erin Andrews and Tom Bergeron were fired from “Dancing with the Stars,” and while fans may not still be over it, Andrews says it was for the best.

“My schedule has been so crazy with [football commentating], the clothing line, the podcasts, all this stuff, trying to have a baby, that I think it was the best thing for me,” she told “Us Weekly.” “They wanted to go a different direction, and they’re doing that now. So, hopefully they’re happy.”

Andrews, who placed third on Season 10 in 2010, and Bergeron had co-hosted “Dancing” since 2014. They were fired in July 2020 as part of a creative overhaul and were replaced by Tyra Banks in a shocking announcement, but the sportscaster holds no grudges. “I feel like the one thing I’ve learned in this business is that’s show business, right? That’s Hollywood,” she said. “They’re always trying to change things. And look, they wanted to go in a different and new direction, and obviously it’s working for them, and how they wanted the show to go, so my best to them.”

SEE Tom Bergeron suspected he’d be fired from ‘Dancing with the Stars’: ‘We were kind of butting heads’

That does not mean she’s tuning in every Monday night though — because she has other priorities. Andrews, the NFL sideline reporter on Fox, watches “Monday Night Football” and flips back and forth to “The Voice.” She does miss everyone involved in “Dancing” and is “super bummed” to have missed out on Cody Rigsby this season because she’s a “big Peloton girl.” “The people that were there when the show was so great, they will always be my family,” Andrews said.

And of course, she and Bergeron remain close. “Tom and I will always be attached to the hip and super, super close as well,” she gushed. “I love him so much. He’s one of the best, very fun to have a couple of cocktails with too — kind of an afternoon situation.”