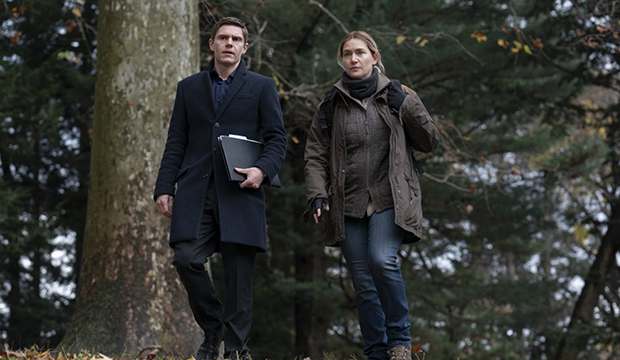 After winning the Best Limited Series/TV Movie Supporting Actor Emmy for his turn as Detective Colin Zabel on HBO’s “Mare of Easttown,” Evan Peters is looking to pull off the highly specific thing Alexander Skarsgard did three years ago for “Big Little Lies”: follow his inaugural Emmy victory for an insanely popular HBO murder mystery that bagged three acting Emmys, in which he shares nearly all his scenes with the lead actress Emmy champ and in which his character dies, with his first solo Screen Actors Guild Award in the sole actor category with a supporting turn.

Even though “Mare” raked in one fewer Emmy acting nomination than “Big Little Lies” did in 2017, it earned its acting bids in the exact same three categories as its HBO companion: actress (“Mare”: Kate Winslet; “Lies”: Nicole Kidman and Reese Witherspoon), supporting actress (“Mare”: Julianne Nicholson and Jean Smart; “Lies”: Laura Dern and Shailene Woodley) and supporting actor (“Mare”: Peters; “Lies”: Skarsgard). And like “Lies” — which produced victories for Kidman and Dern in lead and supporting actress, respectively — “Mare” ended up sweeping its acting categories, with Nicholson winning over Smart. The only noteworthy difference between the two series at the Emmys is that “Lies” won the top prize while “Mare” lost it to Netflix’s “The Queen’s Gambit.” But considering it’s exclusively the TV academy actors branch that has a membership overlap with SAG-AFTRA, the lack of a series win will likely not hurt “Mare” at the SAG Awards.

As of this writing, Peters tops our SAG Awards odds for limited series/TV movie actor. But in order for him to win under the exact same circumstances as Skarsgard did, “Mare” would have to a pull off a rare feat in the actress category: not only produce three nominees but triumph for one of them. “Lies” is one of only three shows — the other two being “Temple Grandin” in 2011 and “Angels in America” in 2004 — to accomplish this in this category, having raked in bids for Dern, Witherspoon and the eventual champ, Kidman. While our odds are currently forecasting nominations only for Winslet (No. 1) and Nicholson (No. 4), it’s not out of the realm of possibility for Smart, who is in 10th place, to make the cut alongside her co-stars. Actors are clearly here for “Mare’s” cast, including Smart herself, who, despite losing the Emmy for “Mare,” took home the Best Comedy Actress award for HBO Max’s “Hacks.”

Though it’s true that Peters shares nearly all his scenes on “Mare” with Winslet similar to how Skarsgard shared most of his on “Lies” with Kidman, it’s worth mentioning that unlike Skarsgard, Peters isn’t even in the full series. But that might not necessarily matter since his character nonetheless leaves a lasting impression and is far more sympathetic than Skarsgard’s. Like Skarsgard at the time, Peters could ultimately benefit from the combo of being arguably overdue for recognition and contending for a well-watched show in a wide-open field. After all, “Mare’s” finale set a record (and caused HBO Max to crash) as the most-watched episode of an original series on HBO Max, which albeit has only been around for a year, during its first 24 hours of availability — and popularity and visibility go a long way with a big group like SAG-AFTRA.

It’s for that same reason that it makes sense that Peters is holding down the top spot in the actor race despite being a supporting player over someone like Ewan McGregor, the undisputed lead of his show, “Halston,” for which he won the lead actor Emmy. McGregor is third in the odds behind No. 2 Oscar Isaac (“Scenes from a Marriage”) and ahead of Michael Keaton (“Dopesick”) and Murray Bartlett (“The White Lotus”).