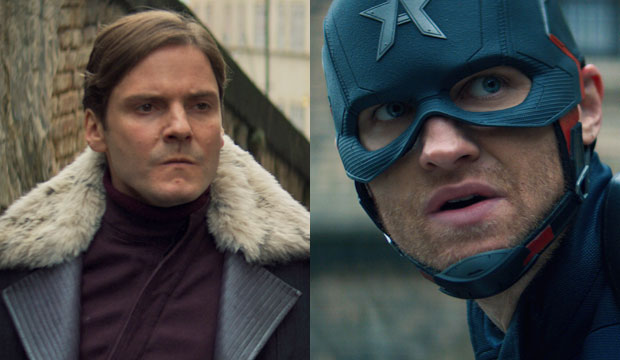 “The Falcon and the Winter Soldier” hopes to break the Marvel Cinematic Universe into drama categories at the Emmys much the same way “The Mandalorian” did for the “Star Wars” franchise last year. But it’s not just the title characters played by Anthony Mackie and Sebastian Stan who are contenders for acting nominations. Actually, more of the Expert journalists we’ve surveyed think supporting actors Wyatt Russell and Daniel Bruhl will be recognized.

As of this writing, seven Experts say Russell will be nominated for playing John Walker, whom the US government names the new Captain America before Mackie’s character takes up the mantle by season’s end. Meanwhile, five Experts are betting that Bruhl will be nominated for his role as Helmut Zemo, who was previously introduced to the MCU as the antagonist of “Captain America: Civil War” but here is broken out of prison to team up with the heroes. That places them 10th and 11th in our Experts’ rankings for Best Drama Supporting Actor, so they’re within striking distance of nominations; last year there were eight slots based on the number of submissions in the category.

This would be the first Emmy nomination for both actors, though both have roles in other programs in contention this year: Wyatt is featured in the limited series “The Good Lord Bird,” while Bruhl stars in “The Alienist: Angel of Darkness.” But Experts think “Falcon” is their better chance at nominations. They also think Russell and Bruhl are the show’s best shots at nominations among the main cast: to compare, for Best Drama Actor two Experts are predicting Mackie for a nom, while none thus far are predicting Stan. Will those supporting standouts be the real Emmy heroes?