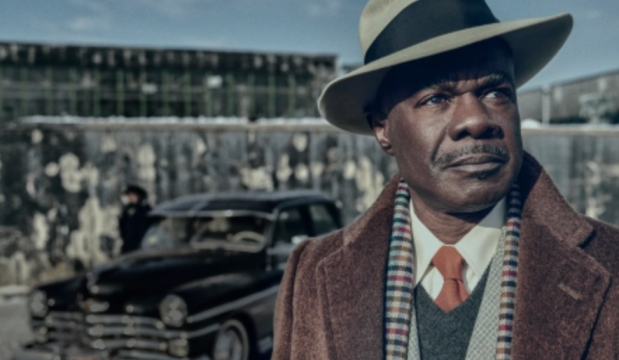 In addition to the difficult task of leapfrogging some of those actors for a nomination, Turman will also have to fend off internal competition from the incredible and incredibly large “Fargo” ensemble. Ben Whishaw currently sits just one spot behind Turman for the nomination in 11th place and Jason Schwartzman follows close on their heels in 17th. Though Turman has a very narrow edge over Whishaw, Whishaw has a history with the Hollywood Foreign Press Association (HFPA), winning the Globe in this very category in 2019 for “A Very English Scandal.”

Turman has two advantages in the race that could help him secure his career-first Globes bid. HFPA voters love the series. For its first three years, “Fargo” earned 11 Globes nominations, including eight for its actors and has taken home three trophies for Best Miniseries, Billy Bob Thornton, and Ewan McGregor. Two of those eight acting bids––for Colin Hanks and David Thewlis––were in the TV Supporting Actor category where Turman vies for a nomination.

While the Globes’ love for “Fargo” would benefit not just Turman but Whishaw and Schwartzman as well, he also boasts a unique advantage as one of the standout performers in “Ma Rainey’s Black Bottom,” a frontrunners on the film side of the Globes ceremony. Starring opposite Oscar frontrunners Viola Davis and Chadwick Boseman, Turman steals many a scene as Toledo, masterfully delivering moving August Wilson monologues with his signature wit and depth of emotion. If Globes voters love Turman’s performance in the film, they could choose to recognize him in the TV race as well.