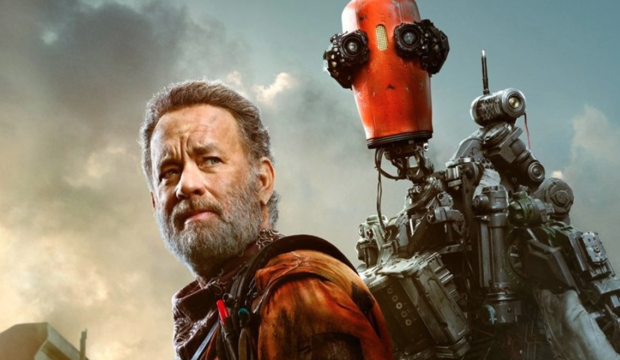 “Finch,” which debuts on Apple TV+ on November 5, is a cinematic showcase for two-time Oscar champ Tom Hanks. He plays the titular character, who embarks on a perilous journey into the desolate American West following a cataclysmic solar event. Accompanied by his dog Goodyear and a robot named Jeff (Caleb Landry Jones), Finch must navigate the dangers of a new world while convincing his non-human companions to get along. Could “Finch” be Hanks’ vehicle to a seventh Oscar nomination and his first for Best Actor since 2000’s “Cast Away”?

Critics are lavishing praise on the Hollywood vet. “You’re probably not coming to Finch for lessons, you’re coming to Finch for Hanks,” writes Lindsey Bahr (Associated Press). “The good news is that he’s not just the reason to show up, he’s the reason to stay around as well.” Alonso Duralde (The Wrap) says, “Where the film comes alive is in individual moments with Hanks (who gets a crushing monologue about life choices and parental abandonment).”

Hanks first broke through at the Oscars for playing Josh Baskin in the 1988 film “Big.” The fantasy comedy was directed by Penny Marshall and proved Hanks could be a major box office draw as well as a critical favorite. After losing his first bid to Dustin Hoffman for “Rain Man,” Hanks waited five years to return to the Oscars. His portrayal of Andy Beckett in the legal drama “Philadelphia,” opposite Denzel Washington, earned Hanks his first win for Best Actor. The next year Hanks prevailed once more for his iconic role as the title character in “Forrest Gump.” His back-to-back wins made him just the second actor to achieve such a feat at the Academy Awards, preceded only by Spencer Tracy (“Captains Courageous” and “Boys Town”) in 1937 and 1938.

After starring in blockbuster films “Apollo 13” and “Toy Story,” Hanks returned to the Oscars with his fourth nomination for Best Actor, playing Captain John H. Miller in Steven Spielberg‘s 1998 epic war saga “Saving Private Ryan.” He lost that bid to Roberto Benigni, the breakout star from “Life Is Beautiful.”  Two years later Hanks earned his fifth Best Actor nomination for “Cast Away,” playing Chuck Noland, a Fed-Ex pilot stranded on a deserted island for four years with his beloved volleyball, Wilson. That year the Oscar went to Russell Crowe for “Gladiator.”

It took nearly two decades for Hanks to snag his sixth nomination, and his first in the Best Supporting Actor Category, for 2019’s “A Beautiful Day in the Neighborhood.” His portrayal of the beloved Fred Rogers wasn’t enough to stop Brad Pitt from sweeping the awards season for “Once Upon a Time in Hollywood.” Throughout the 19 years the Oscars ignored Hanks, 2013 was perhaps the biggest snub. After earning the precursor trifecta of Golden Globe, BAFTA and SAG nominations, Hanks was skunked by the academy for his role in “Captain Phillips.” That same year he also failed to break into the supporting actor race as Walt Disney in “Saving Mr. Banks.”