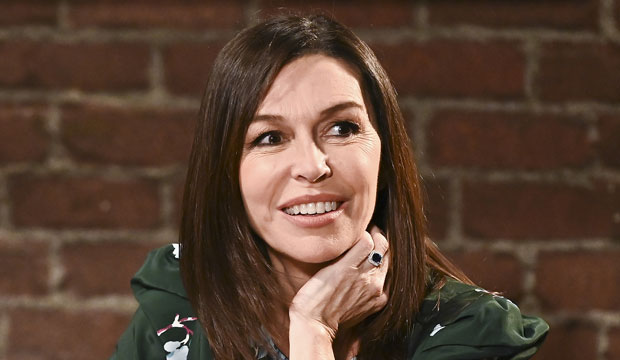 For a show as dominant at the Daytime Emmys as “General Hospital” has been over the course of its run (including a record 13 victories for Best Drama Series), it has a surprisingly mixed track record in the Best Actress race. The show has only won that award three times, for Finola Hughes (1991), Laura Wright (2011), and Maura West (2015). Hughes is nominated again this year, so will she finally break the “GH” curse by becoming the first lead actress to win twice for the show?

Hughes first joined “GH” in 1985 as Anna Devane, and she’s been playing the spy-turned-cop off-and-on ever since. But after her 1991 Emmy win she didn’t receive another nomination until 2000, when she contended for Best Actress for playing Anna’s twin sister Alex Devane on “All My Children.” Since returning to “GH” full-time in 2012 she’s been a perennial nominee, earning five nominations in the last seven years (going back and forth between lead and supporting), but she still hasn’t won again.

That said, this is the third time that Hughes has been nominated for playing Anna and Alex concurrently, and the one-two punch hasn’t paid off for her yet. And according to our current racetrack odds, which are based on the combined predictions of Gold Derby users, she’s an underdog in the race. But the Emmys showered “GH” with nominations this year; it has more bids just for acting (16) than any other show has overall. In this category alone, “GH” is nominated three times, for Hughes, Nancy Lee Grahn, and Genie Francis.

No need to worry about vote-splitting, though. Nominees and winners were decided in a single round by panels that viewed all the submitted material in each category, and voters didn’t pick one contender as a winner, but rather scored each submission. Giving one contender a high score doesn’t preclude you from giving another contender a high score, so actors from the same show weren’t at risk of pulling votes away from one another. What it does mean, though, is that the panels really liked “GH’s” submissions across the board, which itself may be a good sign for Hughes (or Grahn or Francis).

So do you think Hughes will upset to win this year? Or will “GH” lead actresses continue to be one-hit wonders?