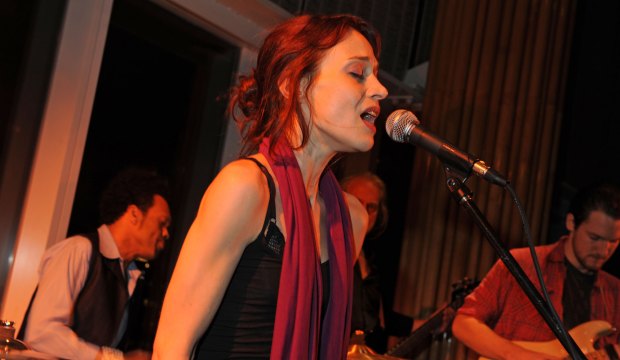 The Grammys are often dominated by men, especially in rock and alternative categories. They’ve won the race for Best Alternative Album most of the time since it was created 31 years ago. In fact, only two solo female artists had ever taken home the prize before: Sinead O’Connor for “I Do Not Want What I Haven’t Got” (1991) and St. Vincent for her self-titled album (2015). This year, however, a woman did it again thanks to Fiona Apple (“Fetch the Bolt Cutters“). Check out the complete list of Grammy winners here.

The critically acclaimed veteran had previously been nominated in this category for “When the Pawn …” (2001) and “The Idler Wheel …” (2012), and she picked up a Best Pop Album bid for “Extraordinary Machine” (2006) in-between. She had three total noms this year, tying her biggest nominations haul in a single year. She was also nominated thrice when she broke through in 1998. That was the year she won her only previouss Grammy for Best Female Rock Vocal Performance (“Criminal”). This year she was also up for Best Rock Performance and Best Rock Song for “Shameika.” She also won Rock Performance, while Brittany Howard bested her for Rock Song for “Stay High.”

This was a strong year for women in rock in general as female artists made up all the nominees for Rock Performance, though Apple herself questioned the recording academy’s motivations in selecting all women to represent rock music, suggesting it might have been a publicity stunt to counter the academy’s shaky history with women. In the Alternative Album category she was up against Phoebe Bridgers (“Punisher”), The aforementioned Howard (“Jaime”), Tame Impala (“The Slow Rush”) and Beck (“Hyperspace”).