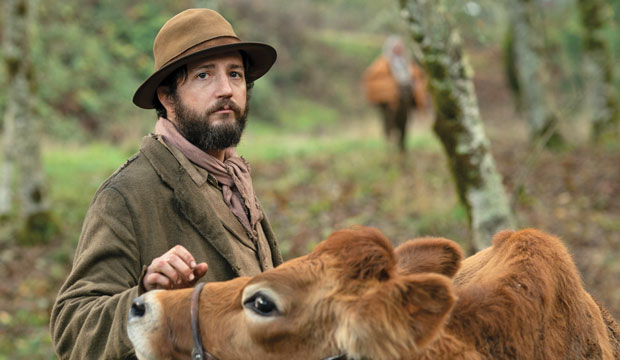 For her eighth feature film, Kelly Reichardt returned to the American frontier to tell the story of a baker from the Northeast (John Magaro) and a Chinese immigrant (Orion Lee) who together build a profitable baking business in the Oregon Territory using stolen milk from the area’s first milk cow. Based on a script she co-adapted with Jonathan Raymond from his novel “The Half Life,” Reichardt works within her wheelhouse of the American West as a setting to provide one of the year’s most acclaimed indie films. In November we asked if it could be her first Oscar contender, but now we’re wondering how many categories it’s being underestimated in.

The film has found early success for its screenplay. Regional critics groups have nominated it consistently, leading to a runner-up placement with the National Society of Film Critics. As Reichardt’s potential breakthrough with the academy, she and co-writer Raymond are charting a similar path to the one Barry Jenkins and Tarell Alvin McCraney did when they won Oscar for adapting McCraney’s own play into “Moonlight” in 2016. In fact, A24, the distributor of both films, has amassed a total of eight writing nominations since 2015, creating its own niche for indie film advocates within the ever-changing academy membership. In our current odds based on the combined predictions of Gold Derby users, “First Cow” is polling just outside the top five, ranked seventh with 37/1 odds.

Though it didn’t earn a writing nomination at the Independent Spirit Awards, “First Cow” did earn three above the line including Best Feature. Reichardt received a Best Director nom, which is the sixth overall bid of her career, adding to the five previous that included Best First Feature and Best First Screenplay in 1996 for her debut “River of Grass” and Best Director for “Certain Women.” Prior to “First Cow,” her only other film to be up for the top award was 2008’s “Wendy and Lucy.” That film and “Certain Women” scored acting nominations for Michelle Williams and Lily Gladstone, respectively, and now “First Cow” co-star Lee has a nom in the Supporting Actor field.

With the film gaining so much traction with critics and now with the Spirits, “First Cow” is even likelier to catch the attention of Oscar voters. And with more attention comes the possibility that it could break through into some below-the-line categories we weren’t previously predicting it in. One of those is Best Cinematography: Christopher Blauvelt has already been recognized by the Chicago Film Critics Association for his camerawork, and he has had a great year overall with both this film and “Emma.” He would be an inspired choice for an academy branch that is known to throw occasional curve balls into the race. The Chicago critics also nominated Lisa Ward and Vanessa Knoll for their art direction and April Napier for costume design, two other craft fields that period pieces are always competitive in.

“First Cow” had its world premiere in 2019 at the Telluride Film Festival, but was first released in theaters in March 2020 and then made available through VOD in July. The film was also the first DVD screener sent to academy members this year, which could be especially advantageous in a year when the COVID-19 pandemic shut down much of the industry and made at-home viewing the norm. It currently holds a score of 89 on Metacritic and a 96% freshness rating on Rotten Tomatoes.