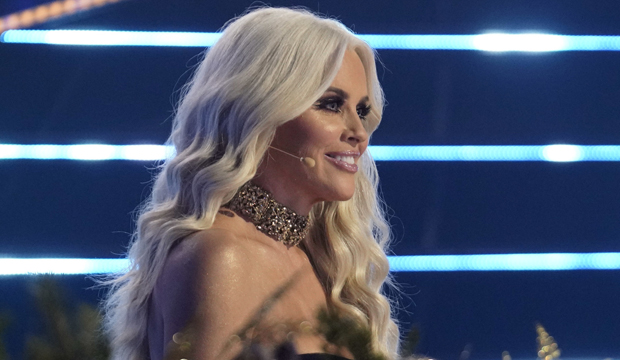 For years, “The Masked Singer” fans have wondered whether former contestants were eligible to compete again on the reality TV show. After all, they’d be hidden under extravagant costumes so no one would know whether it was a new celebrity or someone that had already been unmasked. During the November 3 episode, Jenny McCarthy seemed to confirm there was no rule prohibiting former singers from returning to the stage.

“It could also be someone that has been here before,” she told her co-panelists when trying to guess the identity of the Caterpillar. “There’s no rules to say no one can come back twice.” Robin Thicke, Ken Jeong and Nicole Scherzinger all agreed. Jenny then threw out Joey Fatone‘s name, aka the Rabbit from Season 1. Has he returned to “The Masked Singer” in a Caterpillar costume to try to win the Golden Mask that eluded him all those years ago?

The Caterpillar is thought to be a boy band member, with the panelists name-dropping JC Chasez, AJ McLean, Howie D., Aaron Carter and Lance Bass. A new clue hinted that the neon bug has a connection to the LGBTQ+ community, while past clues referenced the Great Lakes, a basketball and the state of Michigan. Since the Caterpillar survived the night’s elimination, he will next be seen in the Group B semi-finals.

So far during “The Masked Singer’s” six-season reign, there have been a total of 92 costumes competing on the big stage: 12 in Season 1, 16 in Season 2, 18 in Season 3, 16 in Season 4, 14 in Season 5 and 16 in Season 6. Since so many of these celebs were unmasked before their time, we love the idea of them getting a second chance by donning an entirely new costume and performing fresh songs.