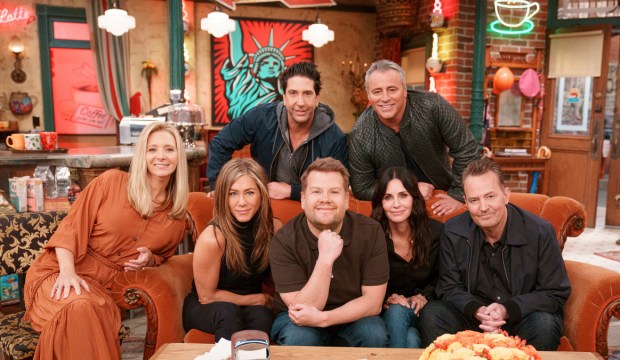 The “Friends” reunion hit HBO Max a few weeks ago, and you would think that they covered everything they could have in the nearly two-hour special. But no, there’s more, and it comes courtesy of “The Late Late Show.” Before serving as a de facto host of the “Friends” event, late-night emcee James Corden got some extra laughs and revelations out of the cast of the beloved sitcom.

Corden picked up the cast in an extended golf cart and drove them around the Warner Bros. studio lot. They talked about how unexpectedly emotional it felt to be back on the set after all these years. And then Corden had them do a mini-Carpool Karaoke, as he put on the “Friends” theme song, “I’ll Be There for You,” and they all sang along (well, most of them; David Schwimmer and Matthew Perry were in the back of the cart and weren’t singing).

They got to the set, and as Corden walked around and saw the iconic locations, he said he felt more nostalgic for the fictional confines than he would have for one of his old apartments. He remembered something funny that happened on every inch of the set, like the place where Rachel (Jennifer Aniston) ate cheesecake off the hallway floor, the balcony where Monica (Courteney Cox) screamed that she was engaged, and the recliners that gave Joey (Matt LeBlanc) and Chandler (Perry) feelings of ecstasy.

Corden rejoined the cast on the set of Central Perk, and he told them all that he was barely keeping it together being on the set and he’d never even been there before, and he couldn’t imagine what they all were feeling. LeBlanc said that the funniest memories that they were all talking about amongst themselves were all things that didn’t happen on camera, and were just things that happened between them.

Corden asked if they had favorite seats on the sets, and Schwimmer was in his favorite spot on the arm of the couch.

They closed it out with a game where they pointed out the person who did something the most. Everyone agreed that Lisa Kudow was the one who laughed and broke character the most, but LeBlanc added that Aniston laughed a lot, too, and anytime you saw her covering her face with her hands on the show, she was trying to hide that she was laughing. Mostly everyone agreed Schwimmer was the best dancer, except for Perry, who said he was. And Aniston took responsibility as the person who stole the most clothing from the wardrobe department.

The segment is a cute little bonus round to the “Friends” reunion. 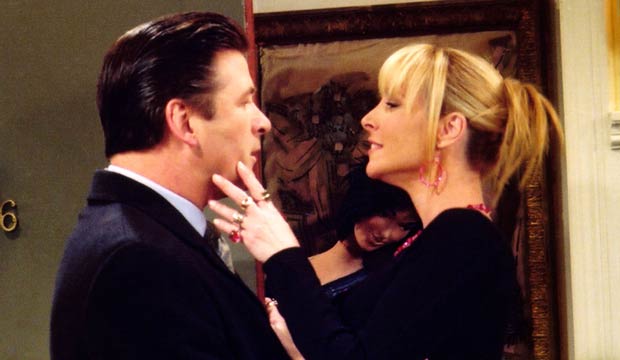 Stephan Olson ('Live in Front of a Studio Audience' production designer): It was 'broadcast out to the…