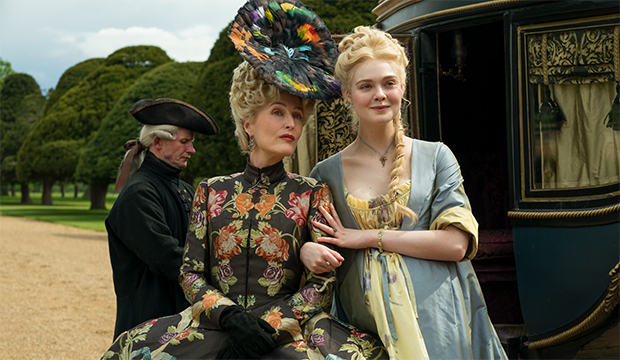 Gillian Anderson has two Emmys on her mantel for “The X-Files” and “The Crown,” but now she’s coming for a third. The actress has unveiled two photos (one above, one below) featuring her character Joanna, the mother of Elle Fanning‘s Catherine the Great, from Hulu’s “The Great” Season 2. All 10 episodes of the regal satirical comedy will premiere Friday, November 19 on the streaming service, with Anderson reportedly appearing in two of them.

Anderson’s character, a German socialite who specializes in arranging marriages, is being described as having “sinister intentions” as she comes to Russia after learning about her daughter’s coup attempt. In the first photo, Catherine welcomes a flowery-dressed Joanna as she arrives via carriage. In the second still, Joanna is settling into her temporary new home. 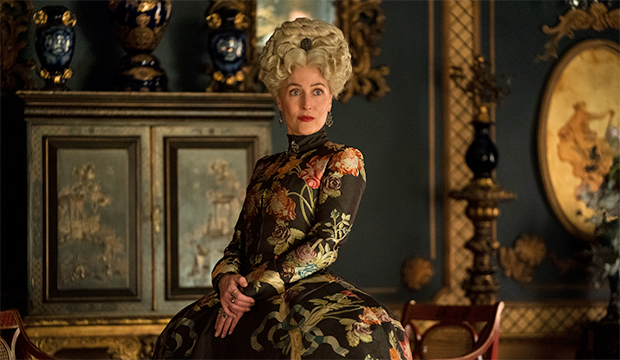 Besides her Emmy-winning roles as FBI Agent Dana Scully on “The X-Files” and UK Prime Minister Margaret Thatcher on “The Crown,” Anderson was also recognized by the Television Academy for playing Lady Dedlock on Charles Dickens‘ “Bleak House.” In other words, the actress is no stranger to playing period roles.

In February, Fanning released an image of her character on Instagram looking positively glowing. “Cooking up something special for Season 2,” she teased about her pregnant Empress character. Hulu followed up her pic with a caption of their own that read, “In season two, Catherine becomes both a mother to Russia and a child.” But who’s the baby daddy: Nicholas Hoult‘s Peter III of Russia (her husband), Sebastian De Souza‘s Leo Voronsky (her lover)? Perhaps Anderson’s Joanna will help us figure out the mystery.

The first season of “The Great” streamed all 10 episodes on May 15, 2020. It scored a pair of Emmy bids for writing (Tony McNamara) and directing (Matt Shakman). Season 2 was understandably delayed because of the Covid-19 pandemic.

Here is how Hulu describes the second season: “Catherine finally takes the Russian throne for her own — but if she thought coup-ing her husband was difficult, it’s nothing compared to the realities of ‘liberating’ a country that doesn’t want to be. She’ll battle her court, her team, even her own mother in a bid to bring the enlightenment to Russia. Meanwhile she’ll also battle her heart as Peter slowly transitions from much-hated husband, to prisoner? Ally? Lover? Ultimately Catherine will learn that to change a country, you must let it change you, that there is a fine line between idealism and delusion, and that becoming ‘Great’, will ask more of her than she could have imagined.”