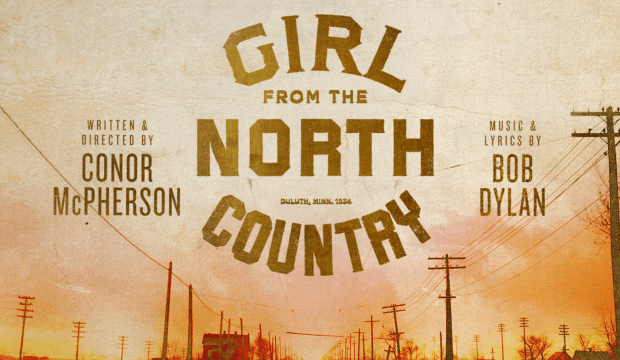 Back in March 2020, the Bob Dylan songbook musical “Girl From the North Country” opened on Broadway on March 5, just one week before theaters shut down due to the coronavirus pandemic. Now more than 19 months later, the show returned to the Belasco Theatre and reopened on Oct. 13.

Even though the musical officially opened last year, it did not run long enough for many of the approximately 800 Tony Awards voters to attend and was therefore deemed ineligible for consideration at this past ceremony. Since it has returned to Broadway, though, “North Country” will compete at the 2022 ceremony, over two years after its original opening date.

Three-time Tony nominee Conor McPherson wrote the libretto and directed this original musical, which uses more than 20 songs from Nobel-laureate Dylan’s catalogue to tell a Depression-era story of a family-run boarding house on the brink of foreclosure, which is set in Duluth, Minnesota, the city of Dylan’s birth. The challenges of the family – played by Jay O. Sanders, Mare Winningham, Colin Bates, and Kimber Elayne Sprawl as husband, wife, son, and adopted daughter, respectively – intertwine with those of the community and their lodgers.

Back in 2020, “Girl From the North Country” received positive notices. Ben Brantley (New York Times) named it a Critic’s Pick at the time, calling the play “profoundly beautiful” and featuring “luminous direction.” “McPherson hears America singing in the dark,” Brantley wrote, “And those voices light up the night with the radiance of divine grace.” The “superb ensemble,” he continued, sings “tenderly, angrily and often ravishingly.”

Alexis Soloski (Guardian) gave the production four-out-of-five stars, calling it “grim” and “overstuffed” but “incontestably ravishing.” Even though she said that McPherson “never seems quite at ease when marrying dialogue to dramatic structure,” she credited Dylan’s songs and the orchestrations and arrangements by Simon Hale for moving “the show into a symbolic space, making of the character’s quotidian griefs something starker and more elemental, lifting ‘Girl From the North Country’ toward transcendence.”

These reviews are indicative of the general critical sentiment toward the musical, but not every writer felt similarly. Helen Shaw (Vulture), for example, said, “The size of the show is wrong, the size of the stories, the scenes, everything. It’s simultaneously too long and too short.”

SEE ‘Thoughts of a Colored Man’: Critics find this new Broadway play to be ‘poetic’ but ‘uneven’

“Girl From the North Country” is the second new musical to open on Broadway this season, following the debut of “Six.” They will be joined by “Diana,” “Mrs. Doubtfire,” “Flying Over Sunset,” “MJ The Musical,” and “Paradise Square” later in the season, meaning the Best Musical category at the 2022 Tonys will have four nominees. “North Country” is sure to be one of them. From this list, it feels like one of the more dramatically important offerings, and in its introspectiveness and themes it seems akin to recent winners including “The Band’s Visit,” “Fun Home,” and “Once.” It also offers a novel take on the jukebox musical, relying on a popular songbook but employing it in a unique way rather than telling the story of Dylan’s life.

As is the case with many of the new plays and musicals on Broadway this fall, “Girl From the North Country” is a true ensemble show. Unlike “Six” and “Thoughts of a Colored Man,” though, “North Country” features a few performances that stand out from its uniformly excellent cast. Brantley praised Winningham as “fabulous,” writing that she “renders madness with the brusque straightforwardness and lopsided wisdom of a Shakespearean fool.” He also lauded the “invaluable” Sanders and his “hauntingly exhausted rage.” These two earned kind notices across the reviews and are likely Tony nominees come the spring. In addition, Soloski spotlighted the “extraordinary” Austin Scott, and Shaw said Jeannette Bayardelle is “incandescent.”

“North Country” will also likely do well in the design categories. The reviews single out the lighting design by Mark Henderson, a six-time Tony nominee and winner for “The History Boys” (2006). Rae Smith provided both scenic and costume designs and previously won the Tony for scenic design for “War Horse” (2011). Simon Hale, meanwhile, did both the orchestrations and arrangements of Dylan’s songs; the Tony-nominee for “Tootsie” (2019) received great notices for his work on this piece, with Brantley calling the music “exquisitely arranged” and Shaw saying his work is “lovely and folksy.”

At the helm of the work, McPherson stands a good chance at a nomination for Best Director. He has a nomination as director of his play “The Seafarer” (2008) and two nominations as playwright. His competition will prove formidable, though, with Tony-winners Christopher Ashley (“Diana”), Jerry Zaks (“Mrs. Doubtfire”), James Lapine (“Flying Over Sunset”), Christopher Wheeldon (“MJ The Musical”), and nominee Moisés Kaufman (“Paradise Square”) behind the new musicals and Tony-winners Marianne Elliott (“Company”), Zaks (“The Music Man”), and Michael Mayer (“Funny Girl”) leading the revivals.