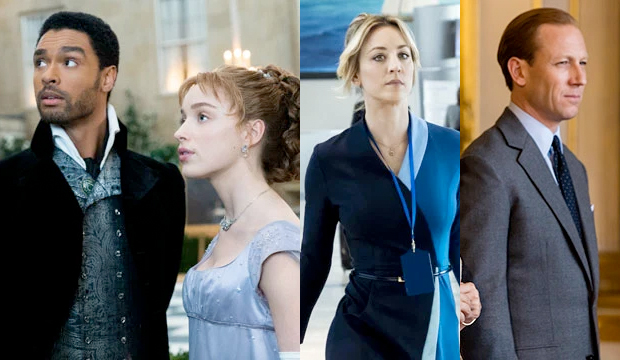 The 2021 Golden Globe nominations will be announced on Wednesday morning, February 3, which gives you precious little time to make or update your predictions. For months, Gold Derby’s experts, editors and users have been picking who they think will be nominated in the 11 TV races that span dramas, comedies and limited series/TV movies. Our combined predictions are below, as well as potential surprises for every category. What are some of the spoilers that could shake up each of these races?

Netflix’s “The Crown” is predicted to receive the biggest haul of any television production with six bids: series, actor Josh O’Connor, actress Olivia Colman, actress Emma Corrin, supporting actress Gillian Anderson and supporting actress Helena Bonham Carter. But Tobias Menzies is a potential supporting actor nominee who just misses the cut with our odds-makers. Remember, he’s been nominated twice before for “Outlander” and “The Crown,” so he’s clearly a favorite of the Hollywood Foreign Press Association.

Speaking of Netflix, what about “Bridgerton”? The late-breaking drama series debuted on Christmas Day, but it’s already one of the streamer’s most successful projects of all time. Gold Derby’s predictions have it in sixth place for both series and actress Phoebe Dynevor, but don’t be surprised if it defies the odds on nominations morning. Remember, the HFPA loves anything hot and new.

Another fresh show that debuted rather late on the calendar was HBO Max’s comedy “The Flight Attendant.” Lead actress Kaley Cuoco is predicted to receive a well-deserved nom (which would be fitting after all those years of “The Big Bang Theory” snubs), but the series itself places sixth on our odds chart.

Scroll down to see who we’re betting on in 11 TV categories with nominees ranked in order of their racetrack odds and our projected winners highlighted in gold. Pay special attention to the dark-horse contenders for nominations in italics, as those could be what make or break your Golden Globe predictions.

Comedy Series
“Schitt’s Creek”
“Ted Lasso”
“The Great”
“What We Do in the Shadows”
“Ramy”
potential surprise: “The Flight Attendant”

SEE‘Ratched’ costume designer on creating looks for Petunia the Monkey: ‘If we could have made 100 for her, we would have’