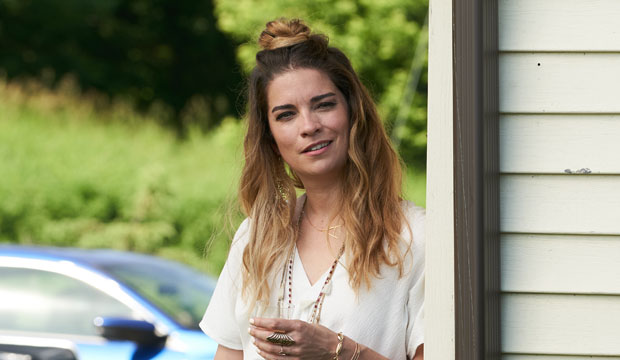 Just with her delivery of the phrase “Ew, David,” Annie Murphy launched herself into pop culture icon status. Her portrayal of Alexis Rose on Pop TV’s “Schitt’s Creek” rocketed Murphy to fame and helped the actress score her first ever Golden Globe nomination. Will she be the latest rising star anointed by the Hollywood Foreign Press?

Murphy is nominated for Best TV Supporting Actress alongside Gillian Anderson (“The Crown”), Helena Bonham Carter (“The Crown”), Julia Garner (“Ozark”), and Cynthia Nixon (“Ratched”). Like Murphy, Garner is a first-time nominee, while Bonham Carter and Nixon both have multiple previous bids. Anderson is a past winner for “The X-Files,” which makes her the only previous Globe champ in this lineup.

Murphy created an instantly recognizable character with Alexis, channeling the vapid habits and vocal fry of many “famous-for-being-famous” reality stars that dot our TV screens. But the actress also portrayed the character’s impressive growth over the run of the series, showcasing the caring nature and budding independence that lay underneath the self-centered exterior. The final season featured Alexis’s toughest challenge yet: saying goodbye to on-again, off-again boyfriend Ted (Dustin Milligan) as the pair’s paths in life deviated.

Landing in the Best TV Supporting Actress category is a striking achievement for Murphy. The Globes force actresses from comedies, dramas, limited series, and TV movies to all compete in a combined race with just five nomination slots. The fact that she is the only performer nominated for a comedic performance could certainly help her stand out from the pack (though she demonstrates her ability with dramatic material thanks to her break-up scene with Milligan). And with the potential for “The Crown” actresses to split the vote, it’s even more possible for Murphy to rise to the top.

The actress already scored an Emmy for this farewell season. The HFPA doesn’t always follow in the footsteps of that competing awards body, but they do love crowning rising stars with a win on their first nomination. We’ve seen that occur in this Supporting Actress category with wins for Emily Blunt (“Gideon’s Daughter”), Mary-Louise Parker (“Angels in America”) and Sandra Oh (“Grey’s Anatomy”). With this trend in mind, Murphy stands a great chance of adding another statue to her collection to keep that Emmy Award company.