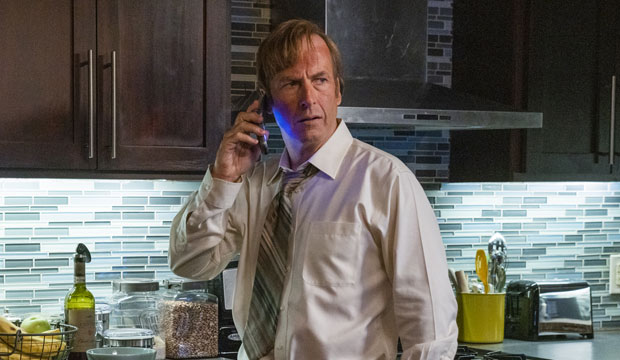 After a shocking Emmy snub a few months ago, Bob Odenkirk is back at the Golden Globes. The “Better Call Saul” actor just picked up his fourth nomination in the Best TV Drama Actor category. After last year’s shocking Emmy omission, it seemed like the writing was on the wall for an exclusion at the Globes too. But viewers of the show know to never count out wily Jimmy McGill, who slipped back into the race. And no one was happier with the inclusion than his co-star Rhea Seehorn who tweeted, “Am I yelling? I’m just so proud of my pal!!!!” Despite success with nominations, though, Odenkirk has never won the award. Could this year be the time he finally prevails?

Odenkirk faces off against Jason Bateman (“Ozark”), Josh O’Connor (“The Crown”), Al Pacino (“Hunters”) and Matthew Rhys (“Perry Mason”). In this category, Bateman has been nominated for his “Ozark” role twice before and Rhys has two previous noms for his work on “The Americans.” In 2005, Bateman won a Best TV Comedy Actor Globe for “Arrested Development.” Pacino is a former Cecil B. DeMille Award winner at the Globes; his “Hunters” citation marks his 19th nomination. He has previously won for performances in “Serpico” (1974), “Scent of a Woman” (1993), “Angels in America” (2004) and “You Don’t Know Jack” (2011). This is O’Connor’s first nomination.

In the fifth season of “Better Call Saul,” Odenkirk’s Jimmy McGill continued to develop into the criminal lawyer Saul Goodman audiences know from “Breaking Bad.” It was a season which saw Saul become entrenched in the perils of drug cartels, stranded in the desert fighting for his life, and navigating the tension and support of his romance with Kim Wexler (Seehorn).

One challenge for Odenkirk in winning the Globe is that “Better Call Saul” did not receive a Best Drama Series nomination. Acting winners at these awards tend to have corresponding program nominations, so this might put Odenkirk at a disadvantage against Bateman and O’Connor whose series are both recognized in the top category. And Globe voters have a tendency to vote for newer shows and performances rather than an actor in the fifth season of his series.

That being said, Odenkirk is the most overdue actor in this field and has been consistent in picking up nominations. And some strong awards momentum is building up. Odenkirk and the “Saul” cast picked up nominations at the SAG awards this year. He and the series also picked up Critics Choice nominations, and they both just won at the Satellite Awards. The series made AFI’s list of top 10 shows too. Oh, and it also made Barack Obama’s list of top shows for the year. But quite possibly the biggest incentive for Globe voters will be that they could show up the Emmys after they gave his acclaimed performance the cold shoulder.