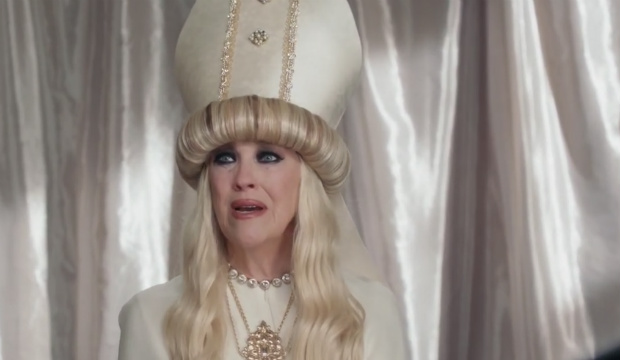 It finally happened. After a career full of egregious (and possibly cruel) snubs, Catherine O’Hara has been nominated by the Golden Globes. Her bid arrives at the perfect time, as she’s just coming off an Emmy victory for playing Moira Rose in the final season of Pop TV’s “Schitt’s Creek.” Does this nom make up for the Hollywood Foreign Press Association overlooking the veteran actress for her iconic roles in “A Mighty Wind,” “Best in Show,” “Home Alone” and “Temple Grandin,” among others? Not necessarily, but as Moira might proclaim, “One must champion oneself and say, ‘I am ready for this!'”

At the upcoming Golden Globes, O’Hara faces off against Lily Collins (“Emily in Paris”), Kaley Cuoco (“The Flight Attendant”), Elle Fanning (“The Great”) and Jane Levy (“Zoey’s Extraordinary Playlist”) in the race for Best TV Comedy Actress. Of this group, only Collins has been nominated before, for the feature film “Rules Don’t Apply” (2016).

O’Hara sunk her teeth into the role of Moira, a soap opera star who lost everything and was forced to live the simple life with her spoiled family. Through the years the character grew into a much more compassionate figure before our eyes, and it’s all thanks to the guileless townsfolk of “Schitt’s Creek.” The Canadian series ended with Moira and her businessman husband Johnny Rose (Eugene Levy) regrettably moving back to Hollywood to try to rekindle their careers.

The Globes usually hate being told what to do by their big sister Emmy, so it was a bit of a question mark whether they would give “Schitt’s Creek” its first-ever nominations this year. It’s possible they were late to the party and only watched the show after its Emmy haul. Or perhaps they just don’t care for “Schitt” and felt guilted into nominating it to avoid a social media backlash. Either way, fans are excited O’Hara can officially now call herself a Golden Globe nominee after so many decades working in the industry.