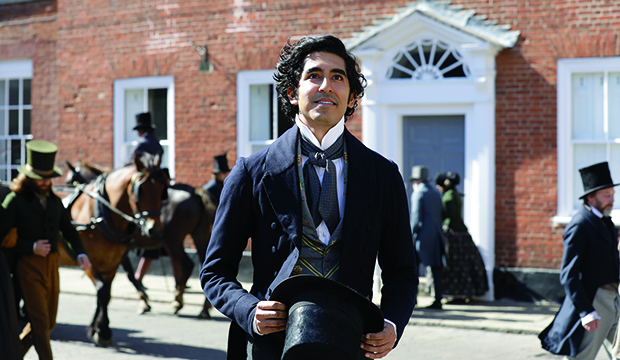 Charles Dickens is most commonly brought to life on screen via his holiday masterpiece “A Christmas Carol,” but it is his beloved story about an imaginative orphan that could bring Dev Patel his first Golden Globe Award. The actor anchors the whimsical and epic new adaptation of “The Personal History of David Copperfield,” tthe meaty role is a perfect acting showcase that makes him stand out among the competition.

“The Personal History of David Copperfield” has been flying somewhat under the radar during this awards season. So it is telling that the Hollywood Foreign Press Association singled out Patel’s performance. Indeed, the actor is the only nominee in the lineup whose movie does not compete for Best Comedy/Musical Film. The HFPA was not simply following a consensus built by critics or Twitter; voters were genuinely wowed by his performance.

As the titular character, Patel is asked to use all of his strengths as an actor. The story chronicles the imaginative David over several years. He suffers abuse from his evil stepfather, who ships him off to work in a factory. Determined to become a gentleman of society, David uses the hard lessons and despair from his youth to scheme his way into social and financial stability.

The world of the film, as constructed by director Armando Iannucci, is stylized to accommodate heightened performances. It turns on a dime from fantastical to comedic to tragic. As the leader of an expansive and diverse cast, Patel is charged with guiding the audience through the story’s many pivoting plot elements and tone changes. Whether Patel can ultimately prevail over nominees from films like “Borat Subsequent Moviefilm” or “Hamilton,” which became big zeitgeist hits, remains to be seen. But it is clear that few performers anchored their films this year in the way that Patel did.